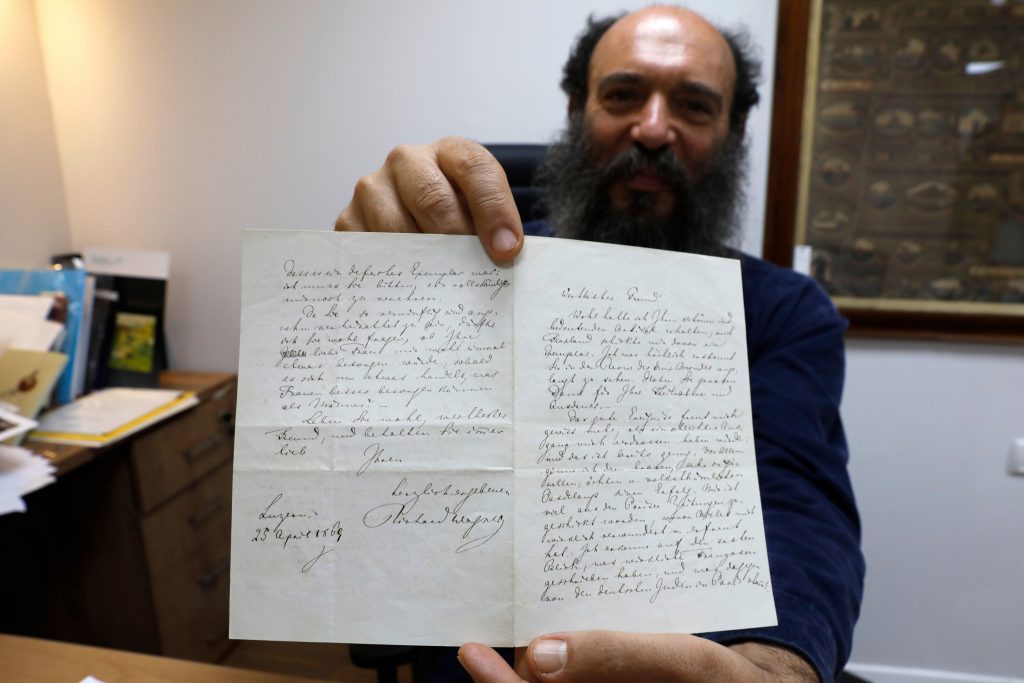 A letter containing anti-Semitic comments written by German composer Richard Wagner is slated for auction in Yerushalayim next week, The Times of Israel the reported.

Wagner’s music is under an unofficial ban in Israel due to the composer’s notorious bigotry and his identification with Hitler and Nazism. He was said to be Hitler’s favorite composer.

In the handwritten letter, dated April 25, 1869, and addressed to French philosopher Edouard Schure, Wagner contended that Jewish assimilation into French society obscures “the corroding influence of the Jewish spirit on modern culture,” and warned that the French know “very little” about the Jews.

Wagner made full disclosure of his views in a pamphlet titled “Judaism in Music,” originally published in 1850.

Meron Eren, a co-founder and owner of the Kedem auction house which hopes to sell the item, said this was the first time he was offering a Wagnerian artifact.

“Wagner would roll over in his grave” if he knew that a bearded Jew in Yerushalayim was going to profit from his letter, Eren observed.

Attempts to perform Wagner’s music in Israel have precipitated strenuous protests over the years, amounting to a boycott, whereas many German products are popular among Israelis, from Bosch washing machines to Volkswagen and Mercedes cars. Israeli trains and submarines are also made in Germany.

Jonathan Livny, head of the Israel Wagner Society, offered an explanation: “It’s easy to boycott him because most of the people don’t listen to his music,” said Livny.

Because of his personal identification with the Nazis, Wagner has become a “symbol of the Holocaust,” in a way that other things German have not, Livny said.