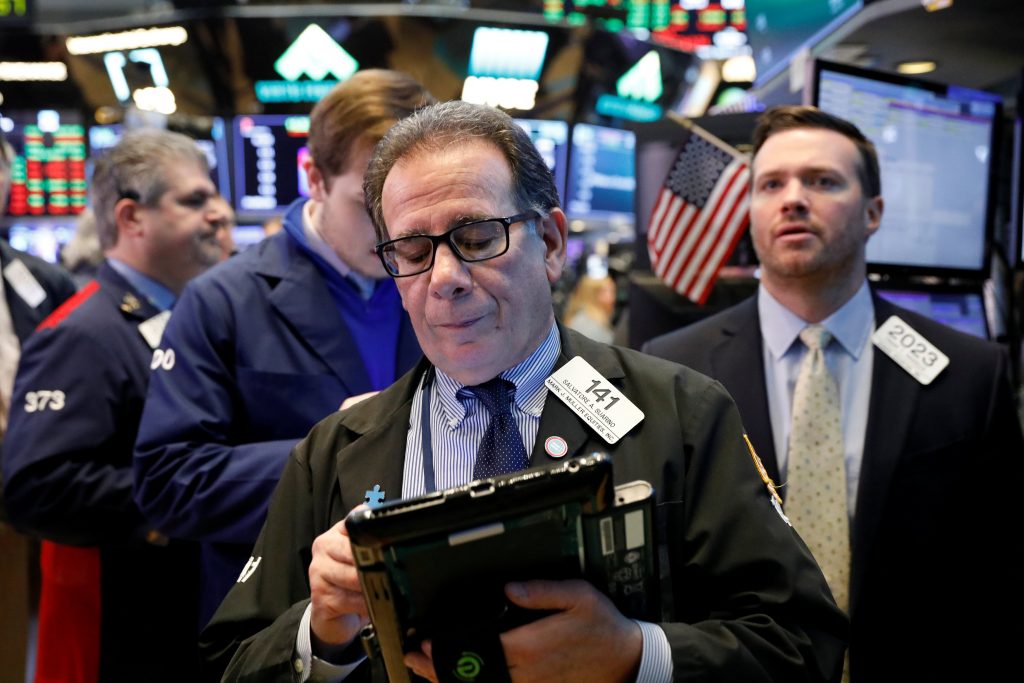 Wall Street’s three major indexes declined on Friday as investors worried about a jump in U.S. bond yields, with technology stocks leading the decline on nerves about upcoming earnings reports and iPhone demand.

The technology index was the biggest drag on the S&P 500 with a 1.5 percent drop after registering three straight days of losses ahead of a key earnings week for the sector.

“There continues to be some concern over interest rates and their potential impact on equities. There’s also been a little bit of a lack of momentum in this earnings period,” said Rick Meckler, president of investment firm LibertyView Capital Management in Jersey City, New Jersey.

“It’s not that earnings weren’t good enough but company forecasts often weren’t strong enough to make the market continue to rise,” he said.

Despite Friday’s decline the S&P eked out a gain of 0.5 percent for the week to show its second weekly gain in a row.

Equity investors were jittery as the 10-year Treasury yield reached its highest level since January 2014 as a bond selloff continued for a second day, driving the yield curve steeper after two weeks of flattening.

When yields are high, investors favor bonds over equities including sectors such as consumer staples and real estate, which promise high dividends and slow, predictable growth. But high interest rates can boost bank profits so the financial sector managed to show a 0.05 percent gain, making it the best performer out of the S&P’s 11 industry sectors.

The consumer staples sector was the biggest percentage decliner with a 1.7 percent fall, led by PepsiCo .

“We’re seeing a follow through from yesterday’s action when the key was weakness in consumer staples. We came to this earnings season with very optimistic expectations and we’re seeing some very fundamental bottoms up issues at these companies,” said Michael O’Rourke, chief market strategist at JonesTrading in Greenwich, Connecticut.

Procter & Gamble fell 2.9 percent on top of a 4.2 percent drop the day before when it said shrinking retailer inventories and higher costs squeezed its margins.

Philip Morris International also had a second day of declines after getting crushed due to weak shipment volumes in its quarterly report.

Apple fell 4.1 percent, making it the biggest drag on the major indexes after Morgan Stanley estimated weak demand for its latest iPhones, a day after Taiwan Semiconductor raised fears of softer smartphone sales.

Alphabet, Facebook, Intel and Microsoft are among the major technology companies reporting next week.

S&P 500 companies are expected to report their strongest first-quarter profit gains in seven years. Of the 87 companies that have reported so far, 79.3 percent have topped profit expectations, according to Thomson Reuters I/B/E/S.

Declining issues outnumbered advancing ones on the NYSE by a 2.05-to-1 ratio; on Nasdaq, a 1.68-to-1 ratio favored decliners.