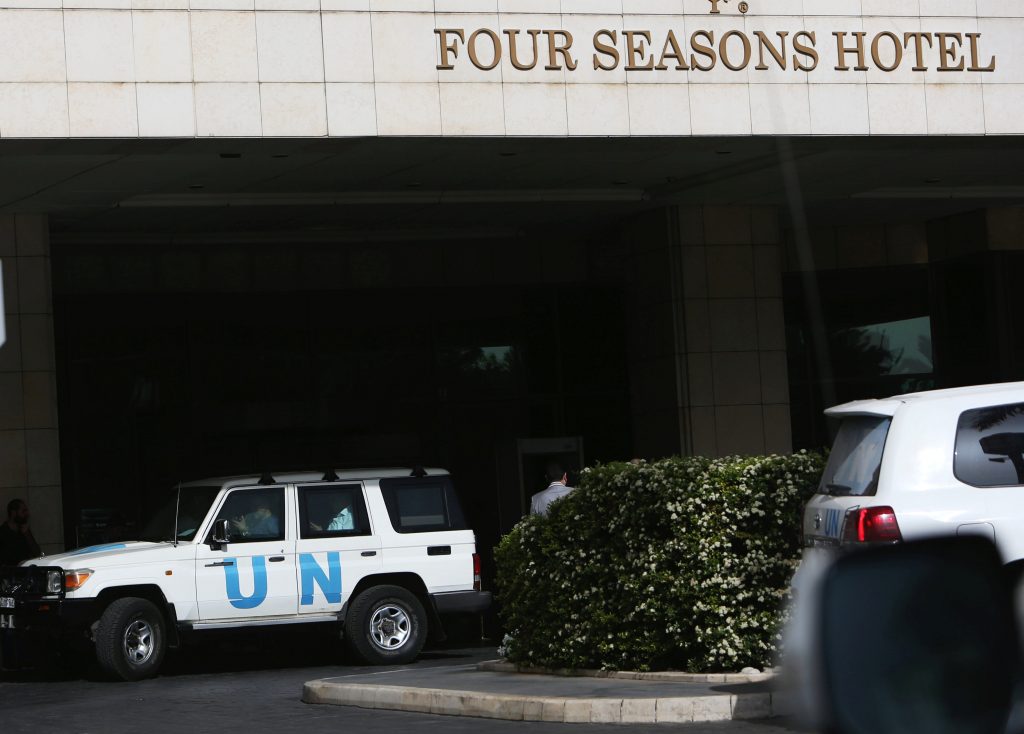 A team of inspectors from the Organization for the Prohibition of Chemical Weapons (OPCW) visited a site in Douma, Syria on Saturday to collect samples as it tries to determine whether such weapons were used there on April 7, the agency said.

In a statement, the OPCW said it would now evaluate and consider whether the team needs to make a second visit to Douma.

Samples will be transported back to the Netherlands and onward to the organization’s network of designated labs for analysis.

Based on the analysis of the sample results as well other information and materials collected by the team, the mission would compile a report and submit it to the organization’s member states, the statement said.

The OPCW has been investigating use of toxic chemicals in Syria’s civil war since 2014. Inspectors had been trying to reach Douma for several days but were delayed after an advance security detail was fired upon on April 17.

The OPCW team will attempt to determine whether chemical weapons were used and if so, which. It is not mandated to conclude which side in the conflict used them.