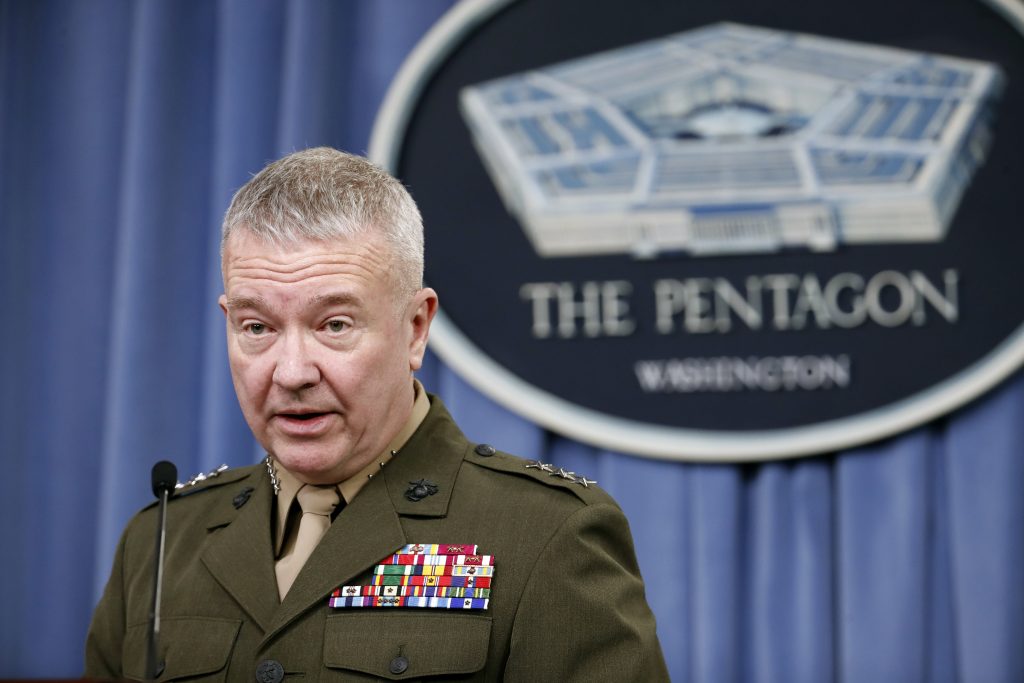 The Pentagon said on Thursday, that while there were no signs that the Syrian government was preparing to launch a chemical weapons attack, President Bashar al-Assad still retained the ability to launch limited attacks.

Reuters reported on Wednesday that U.S. assessments following U.S., British and French joint missile strikes on Syria last weekend show they had only a limited impact on Assad’s ability to carry out chemical weapons attacks.

“They do retain a residual capability. It is probably spread throughout the country at a variety of sites,” said Lieutenant General Kenneth McKenzie, joint staff director.

“They will have the ability to conduct limited attacks in the future, I would not rule that out,” McKenzie said during a Pentagon briefing.

The United States, France and Britain destroyed three targets tied to Syria’s weapons program. The most important of them was the Barzah Research and Development Center, which U.S. intelligence concluded was involved in the production and testing of chemical and biological warfare technology.

Syria and Russia deny unleashing poison gas on April 7 during their offensive on Douma, which ended with the recapture of the town that had been the last rebel stronghold near the capital, Damascus. The suspected chemical attack triggered the U.S. response.

McKenzie said that the “absolute preponderance of the evidence” pointed to chemical weapons being present at the sites that were struck, including elements of sarin, particularly at the Barzah site.

He added that while the United States could not know with certainty, there was no evidence that any chemicals had escaped into the air after the strike.