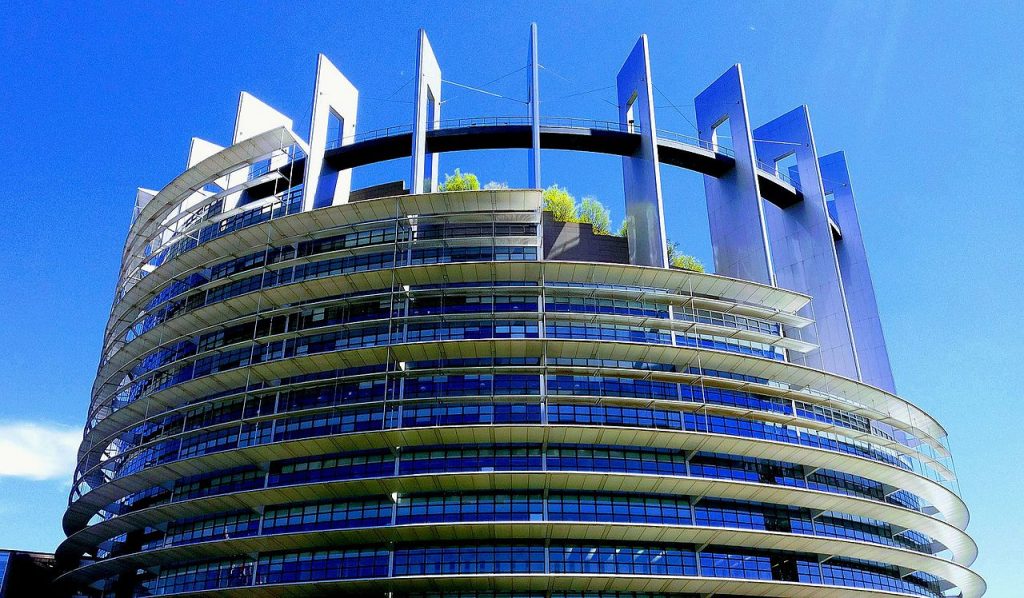 The European Parliament on Thursday, for the first time denounced Hamas as a terrorist organization that uses human shields and calls for Israel’s destruction. They also demanded the release of Israeli citizens and the bodies of fallen soldiers held in Gaza.

The resolution was hardly free of moral equivalency, however, it sought to balance condemnation of Hamas with criticism of Israel. It said that Israel should use restraint in handling rioters at the Gaza-border fence, and called for an independent probe of the IDF use of live ammunition at the scene. At the same time, it acknowledged that Hamas “seems to aim at escalating tensions” on the border.

The EP also called for an “immediate and unconditional end to the blockade and closure of the Gaza Strip,” which, it said, results in “a deteriorating unprecedented humanitarian crisis in the area.”

Israel maintains the blockade for security reasons, to keep arms and military materials from reaching terrorists, while allowing the import of humanitarian aid under careful inspection.

The resolution was a result of intensive negotiations among parliamentary factions, but in the end, was approved overwhelmingly by a vote of 524 “yes” votes, 30 “no” votes and 92 abstentions, The Times of Israel reported.

Idit Rosenzweig-Abu, spokesperson of Israel’s mission to the EU, said “the resolution adopted today is far from being pro-Israeli, however, we are satisfied that unprecedented anti-Israeli clauses were cut out of the resolution — and, most importantly, we are happy to hear a strong, clear call for the immediate release of the Israeli citizens and the return of the bodies of our soldiers held in Gaza.”

The anti-Israel clauses referred to including a proposal to impose an arms embargo on the country.

MEP Anders Vistisen, vice chair of the parliament’s Foreign Affairs Committee, who was instrumental in gaining passage of the resolution, said:

“The above points are extremely important in any discussion regarding the Gaza Strip, and I am pleased they were successfully pushed for by the ECR [European Conservatives and Reformists] Group to be included in the EP resolution. Though the resolution is far from perfect and the left continuously seeks to blur reality, the ECR will continue to be the voice of reason.”

“I take the opportunity to stand with Israel over its recent mourning of all its fallen soldiers and victims of terrorism, and I extend my warmest congratulations to Israel for its 70th birthday which is celebrated today,” Vistisen added.