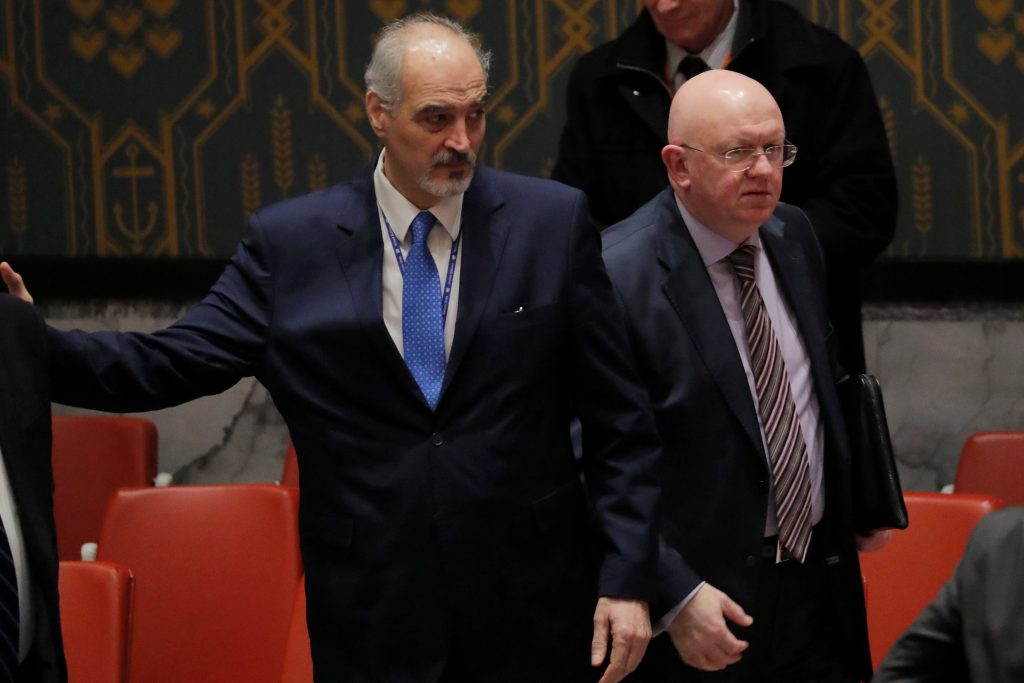 A visit by international chemical weapons inspectors to the location of a suspected poison gas attack in the Syrian town of Douma has been delayed after gunfire at the site during a visit by a U.N. security team on Tuesday, sources told Reuters.

The U.N. security team entered Douma to assess the situation ahead of the planned visit by inspectors from the Organization for the Prohibition of Chemical Weapons (OPCW) international watchdog, said the sources, who had been briefed on the team’s deployment.

One source told Reuters the advance team had “encountered a security issue” including gunfire which led to the delay, but could not provide additional details. Another said they had been met by protesters demanding aid, and gunfire was heard. The U.N. then left.

Syria’s U.N. ambassador said on Tuesday the fact-finding mission would begin its work in Douma on Wednesday if the U.N. security team deemed the situation there safe.

Separately, a U.N. source said the OPCW inspectors would probably not be going to Douma on Wednesday. The U.N. source did not give details of the shooting incident.

The U.N. source did not say when the inspectors might visit the site, or whether a planned visit to Douma on Wednesday had been postponed. The inspectors arrived in Damascus at the weekend.

The suspected chemical attack on April 7 killed dozens of people in Douma, medical relief organizations say. It led to the rebel group that controlled Douma agreeing to surrender control of the town to the Syrian government.

The government and its Russian allies say the attack was fabricated as a pretext to justify military strikes that were launched on Saturday by the United States, Britain and France.

France has said it was very likely that evidence of the poison gas attack was disappearing before the inspectors could reach the town.

The United States accused Russia on Monday of blocking international inspectors from reaching the site of the suspected poison gas attack in Syria and said Russians or Syrians may have tampered with evidence on the ground.

Moscow denied the charge and blamed delays on retaliatory U.S.-led missile strikes on Syria at the weekend.