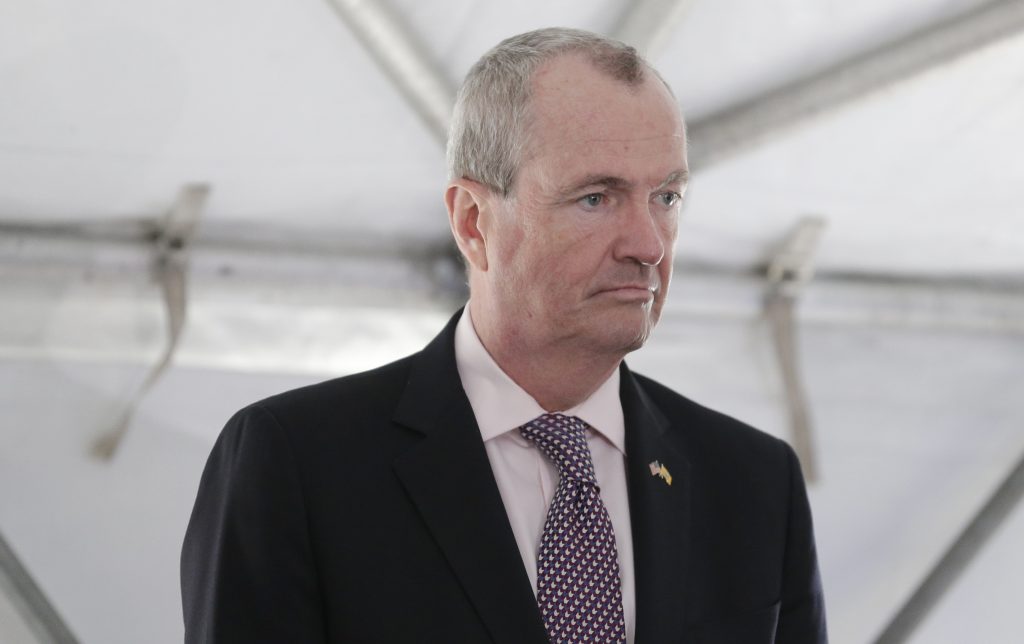 The Democratic governor cast the legislation, which was vetoed previously by former Republican Gov. Chris Christie, as a contrast to actions by Republican President Donald Trump.

Pres. Trump this year signed an executive order to disband a voting-fraud commission he convened after alleging repeatedly and without evidence that voting fraud cost him the popular vote. Pres. Trump won the electoral college. He cited states’ failure to participate with the administration’s request for voter data.

“We stand in stark contrast to President Trump and others, whose only interest lays in restricting voting rights and suppressing voters’ voices,” Murphy said. “New Jersey will not go backwards.”

Murphy did not answer reporters’ questions after he signed the new law.

The bill was signed in the same building where the state Supreme Court sits and with Democratic Assembly Speaker Craig Coughlin and other lawmakers and officials alongside the first-term governor.

The measure makes New Jersey the 12th state along with the District of Columbia to have automatic voter registration.

The new law says that voters should be given a chance to opt out of registration when they’re dealing with the motor vehicle department. It also authorizes any state agency that collects information showing proof of voting eligibility to set up the chance for automatic registration.

Republicans opposed the measure and say it attempts to address a problem that’s not an issue.

“The vast majority of New Jersey residents are already registered to vote, so this legislation is a completely unnecessary expense,” Senate Minority Leader Tom Kean Jr. said during a recent news conference on the measure.

A legislative fiscal estimate accompanying the bill showed the costs to be “indeterminate.”

Census data from 2016, the latest available, show that New Jersey has roughly 6.1 million eligible voters. State election data from the same year show more than 5.8 million, or about 95 percent, are registered.

Democrats have roughly 2.1 million registered voters, and Republicans have about 1.2 million. Unaffiliated voters are the biggest bloc in the state, with about 2.4 million.

Christie rejected similar legislation in 2016, saying that the need for such a law was “questionable at best.” He also said it would cost $1 million up front and about $400,000 a year to maintain.

The law is set to go into effect by November, but the current voter registration deadline is Oct. 16.

A spokesman for the secretary of state, who oversees elections in New Jersey, confirmed voters in this election won’t include any who’ve been enrolled automatically.