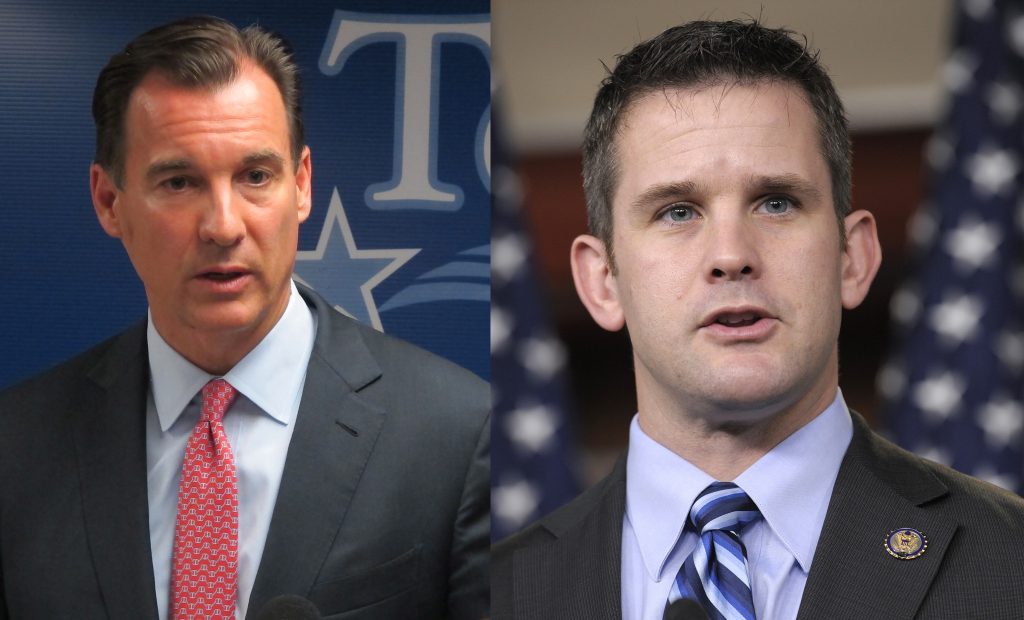 A congressional bill that calls for a full-scale investigation of Hezbollah and the U.N. Interim Force in Lebanon (UNIFIL) with the goal of putting a stop to the arming of the terror group was introduced in the U.S. House of Representatives on Wednesday.

Congressmembers Tom Suozzi (D-NY-3) and Adam Kinzinger (R-IL-16) authored the Disarm Hezbollah Act (HR 5540), which would designate the director of National Intelligence (DNI) to investigate Hezbollah. It calls for a National Intelligence Estimate (NIE) on Hezbollah’s capabilities, its arsenal, and the illicit supply routes it uses to procure weapons. This would help assess the work of UNIFIL, which was created to ensure that South Lebanon is free of militias. The Estimate would also detail the ways Hezbollah raises and distributes funds in the territory under UNIFIL’s mandate.

“The U.N. Security Council demanded that Hezbollah disarm after the devastating 2006 Lebanon War that killed so many Israeli and Lebanese civilians. They have not. Hezbollah continues to build up its military capabilities, with tens of thousands of advanced missiles that threaten our Middle East interests and allies, particularly Israel,” Suozzi said.

Upon the bill’s introduction, Mr. Kinzinger also issued the following statement: “For decades, Hezbollah has continued to present a clear and present danger to the United States and our allies, and despite sanctions on this terrorist organization, they continue to grow and sow chaos in the Middle East. It’s time we … establish ways in which we can more effectively put a stop to their procurement of dangerous weapons.”