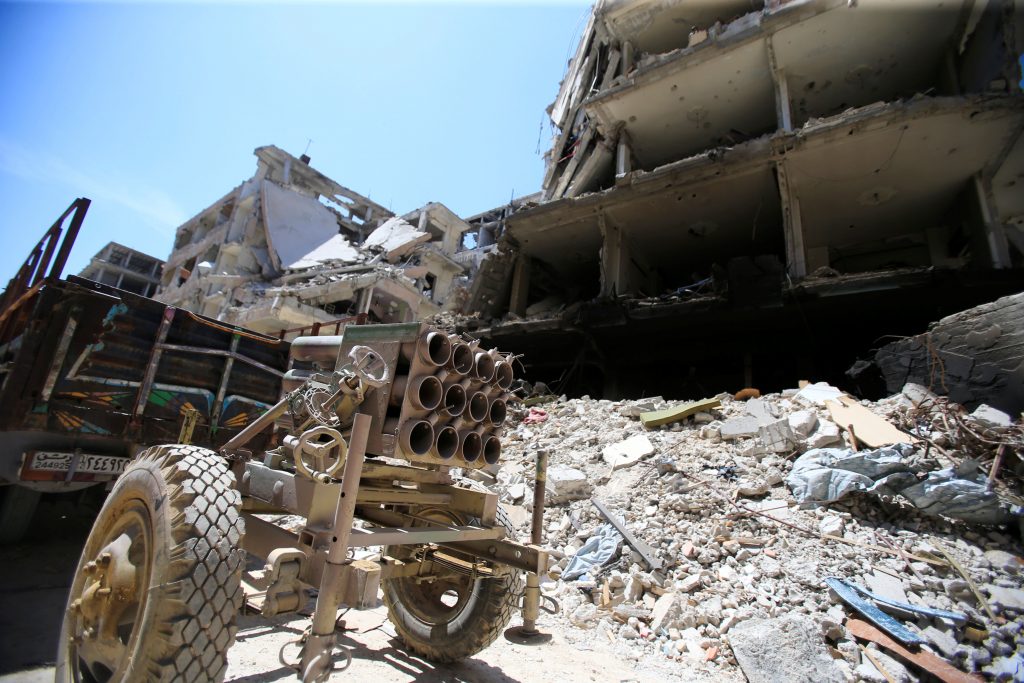 International inspectors on Tuesday entered the Syrian town where an alleged chemical attack was carried out earlier this month, following delays in letting them in by Syrian and Russian authorities.

The fact-finding mission from the Organization for the Prohibition of Chemical Weapons (OPCW) is investigating reports that government forces launched an April 7 chemical attack in the final stages of their campaign to retake the town from rebels. The alleged gas attack, which Syrian activists say killed more than 40 people, prompted punitive U.S., British and French airstrikes.

Syria and its ally Russia deny any chemical attack took place, and Russian officials have accused Britain of staging a “fake” chemical attack. British Prime Minister Theresa May says Syria and Russia — whose forces now control the town east of Damascus — are trying to cover up evidence.

Journalists were allowed access to the suspected attack sites on Monday, but the OPCW said Syrian and Russian authorities blocked the inspectors.

The U.S. and France say they have evidence that Syrian President Bashar Assad’s forces used poison gas in the attack, but they have not provided any evidence, even after Saturday’s punitive missile strikes.

Douma was the last rebel-held town near Damascus, and the target of a government offensive in February and March that killed hundreds of people and displaced tens of thousands. Hours after the alleged chemical attack, the rebel faction that controlled the town, the Army of Islam, relented and was evacuated along with thousands of residents.

The site visit came hours after reports of more international air strikes on Syrian military installations. The Syrian military later said a false alarm set off air defense systems early Tuesday, retracting earlier reports of a pre-dawn “outside aggression” on its airfields in the central Homs region and a suburb of Damascus.

The Pentagon denied any American military activity in the area. There was no comment from Israel, which frequently carries out airstrikes in Syria but rarely acknowledges them.

Explosions were heard in the areas of the two bases, according to the Britain-based Syrian Observatory for Human Rights, which monitors the conflict through a network of sources inside the country. But it said no missiles landed inside the bases.

Earlier this month, four Iranian military personnel were killed in an airstrike on Syria’s T4 air base, also in Homs. Syria and its main allies, Iran and Russia, blamed Israel for that attack. Israel neither confirmed nor denied the allegations.

“The team has not yet deployed to Douma,” Uzumcu told an executive council meeting of the OPCW in The Hague on Monday.

Instead, Syrian authorities offered them 22 people to interview as witnesses, he said, adding that he hoped “all necessary arrangements will be made … to allow the team to deploy to Douma as soon as possible.”

Earlier Monday, Russian Deputy Foreign Minister Sergei Ryabkov said the inspectors could not go to the site because they needed approval from the U.N. Department for Safety and Security. He denied that Russia was hampering the mission and suggested the approval was held up because of the Western airstrikes.

However, U.N. spokesman Stephane Dujarric said the United Nations had provided all the necessary clearances for the team to visit Douma.