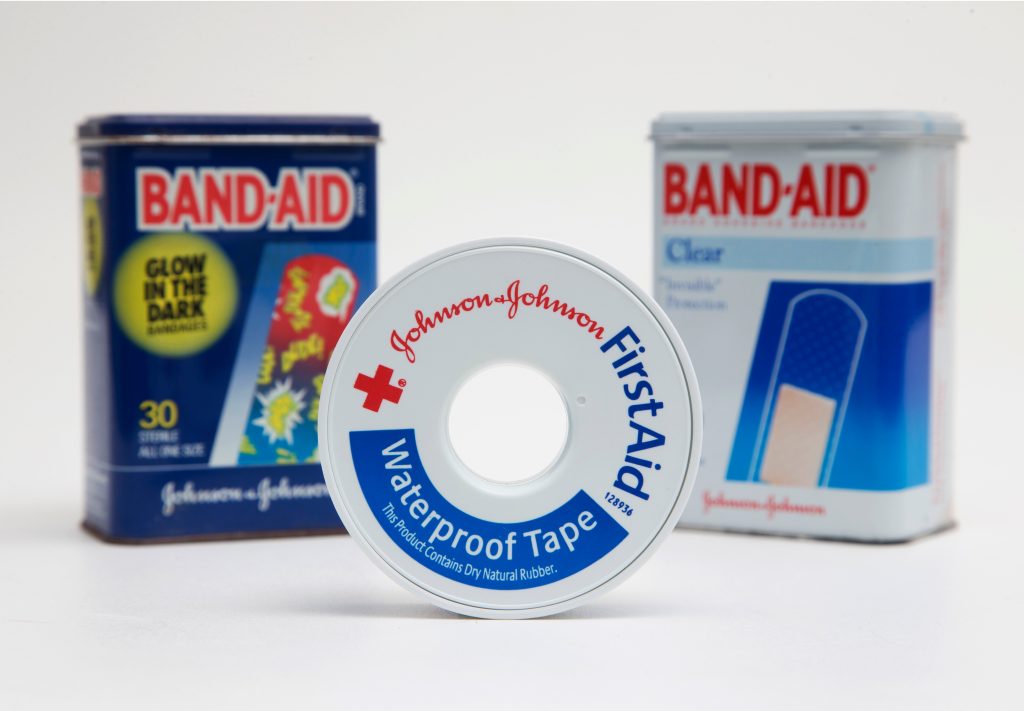 Excluding $1 billion in write-downs on the value of assets and $300 million in other one-time charges, adjusted income came to $5.64 billion, or $2.06, a nickel better than expected.

“The U.S. tax legislation passed late last year is creating the opportunity for us to invest more than $30 billion in (research and development) and capital investments in the U.S. over the next four years,” an increase of 15 percent, J&J Chief Executive Alex Gorsky said in a statement.

In the first quarter, J&J increased spending on research and development by 16 percent, while spending on production jumped 22 percent and spending on marketing and administration rose nearly 11 percent.

Marketing and production costs were higher partly because of the launch of its new severe psoriasis drug, Tremfya, approved last summer. The company also had another medicine, Erleadafor prostate cancer, approved on Feb. 14.

Longtime Chief Financial Officer Dominic Caruso, who is retiring in July, noted that the company plans a major upgrade of its factories to reduce costs and accommodate advanced technology in some new products. He also said the company plans to seek approval of eight new products with potential annual sales of $1 billion or more apiece in the next few years.

“They did just OK on an operating basis when you strip out growth bought via acquisitions,” said Erik Gordon, a professor and pharmaceuticals analyst at University of Michigan’s Ross School of Business, adding, “The good news is that some of their newer products with patent life left in them are selling well.”

In a note to investors, Edward Jones analyst Ashtyn Evans wrote that J&J’s baby care sales “continue to be weaker than expected,” but that the company’s experimental drugs in development and its collaborations with other drugmakers “will drive long-term growth.”

Sales of prescription drugs soared 19.4 percent to $9.84 billion. Top seller Remicade, for rheumatoid arthritis, ulcerative colitis and other immune disorders, saw sales fall 17 percent to $1.39 billion, hurt by recent competition in the U.S. But J&J’s other drugs for immune disorders, Simponi and Stelara, compensated with sales jumps of more than 20 percent each, to a combined $1.58 billion.

Revenue from oncology drugs, including Darzalex, Imbruvica and Zytiga, rose by a combined 45 percent, to $2.31 billion. Sales from J&J’s new business in pulmonary hypertension, or high blood pressure in the lungs, brought in $585 million in the quarter.

Sales of consumer products including baby items and nonprescription medicines rose 5.3 percent to $3.4 billion, led by a 10.5 percent jump in beauty products, which brought in nearly $1.1 billion.