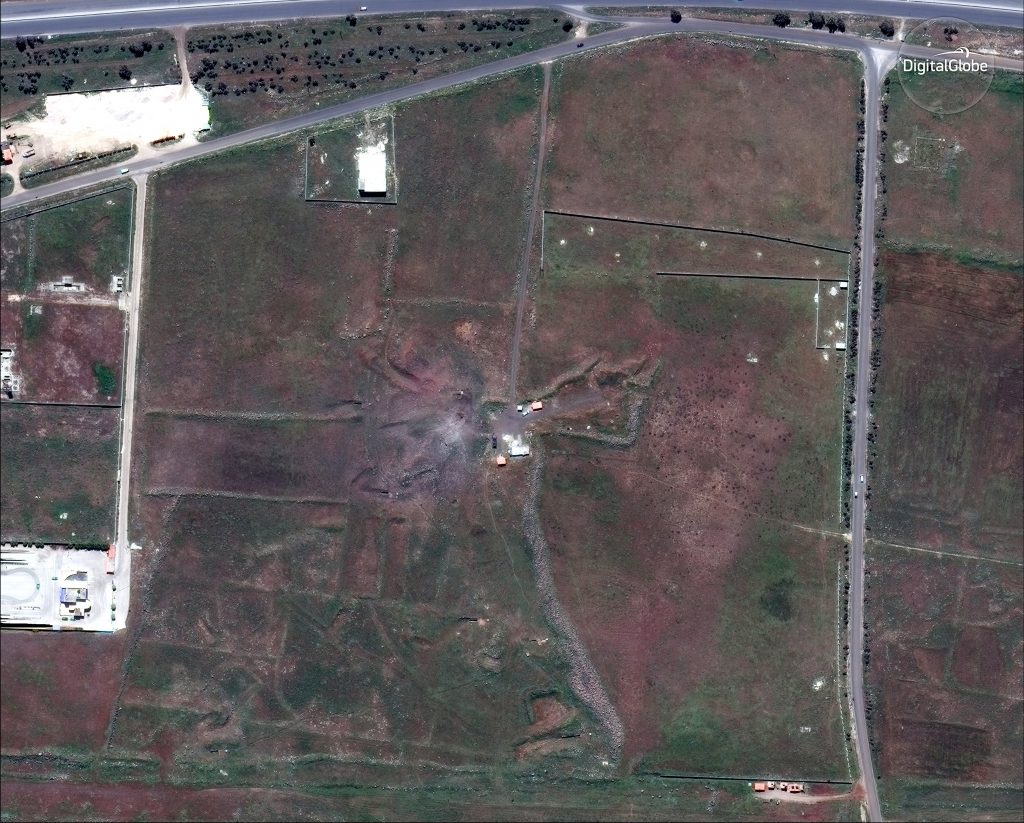 In anticipation of what some security officials said could be an imminent attack by Iran, the IDF on Tuesday revealed the data it has gathered on the extent of the Iranian presence in Syria. The data includes revealing the locations of bases Iran has established, the number of Iranian personnel stationed in them, and information about the weapons Iran has brought to Syria.

Security officials believe that Iran will attempt to attack Israeli targets in the coming days, in response to the recent bombing of the T-4 base in central Syria. Several Iranians were said to have been killed in that attack last week. Iranian officials in the past week have promised “revenge” against Israel for that incident, even though Israel has not admitted that it was involved in the incident. Israeli security officials believe that, unlike in the past, Iran will take direct action against Israel – perhaps with a precision missile strike on an Israeli target – instead of relying on Hezbollah or other terror groups to carry out its will.

Security officials believe that the national events this week – Memorial Day and Independence Day – would pose too great a temptation for Iran to attempt to attack Israel for Tehran to resist. Hadashot News quoted security officials as saying that “the IDF will do everything it can to ensure that Israelis can celebrate and enjoy Independence Day. We are prepared to deal with a wide variety of scenarios,” adding that the IDF is prepared “to deal with and respond to every possible scenario of an Iranian revenge attack. The major presence of the Iranian Revolutionary Guards in Syria has one purpose – carrying out attacks against Israel, using missiles, rockets, or drones.”

The Revolutionary Guards have been operating three main offensive projects against Israel. One of them, its drone project, was largely destroyed in last week’s attack on the T-4 base, Israeli sources told Hadashot News. The Guards are also responsible for dozens of Iranian missiles on Syrian soil, including short- and medium-range rockets. The Guards also have authorization to launch several long-range missiles that can be fired from Iran at targets in Israel.

Iranians have major presences at five air bases in Syria, including bases near Damascus and Aleppo, as well as the Damascus International Airport. The Iranians at these sites are responsible for receiving cargo planes from Iran, and operating some of the missiles. According to the officials, Iranians formerly assisted the Syrian army in fighting rebel groups, but after the entry of Russia into the field, the Iranians have been concentrating solely on attacking Israel.

While the Iranian presence in Iran is worrying, the report quoted officials as saying, there is an opinion among some officials that Iran’s locating itself on Syrian soil provides Israel with an easier way of fighting them. “In the past, in order to get to an installation like the T-4 field, we would have had to fly hundreds of kilometers, refueling in the air and dodging the formidable Iranian missile defense system,” the officials told Hadashot News. “Israel can now target the Revolutionary Guards easily and inexpensively on Syrian soil.”