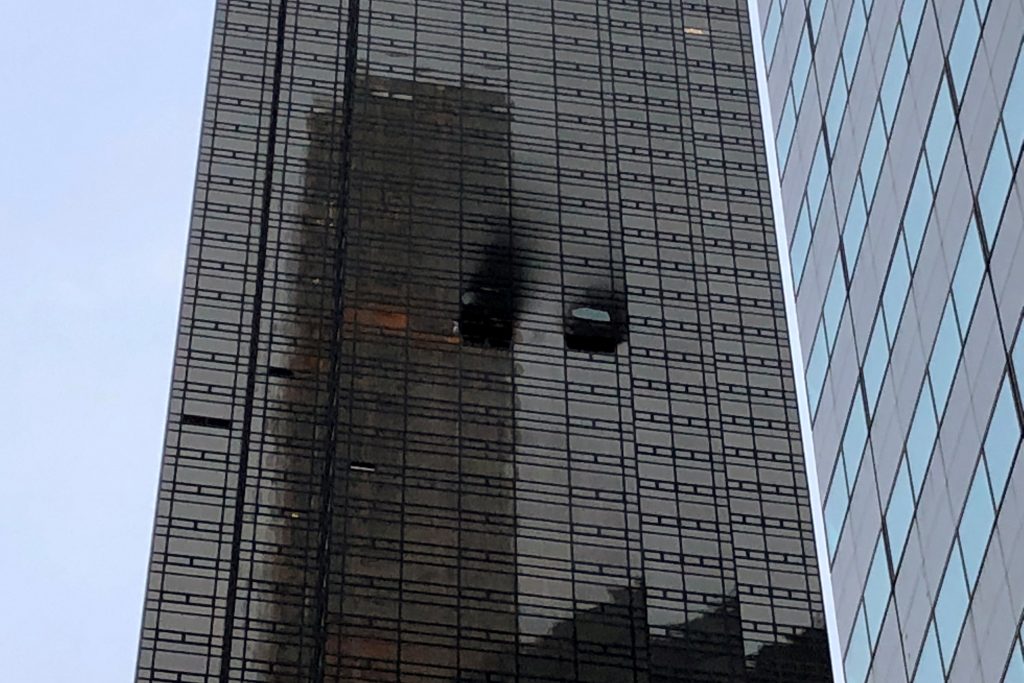 Sixty-seven-year-old Todd Brassner died after being pulled from the apartment, which did not have sprinklers or a smoke alarm. Brassner was an art collector.

The 58-story tower opened in 1983 at a time when building codes did not require the residential section to have sprinklers, a requirement Donald Trump once fought against as a real estate developer. He later changed his views.