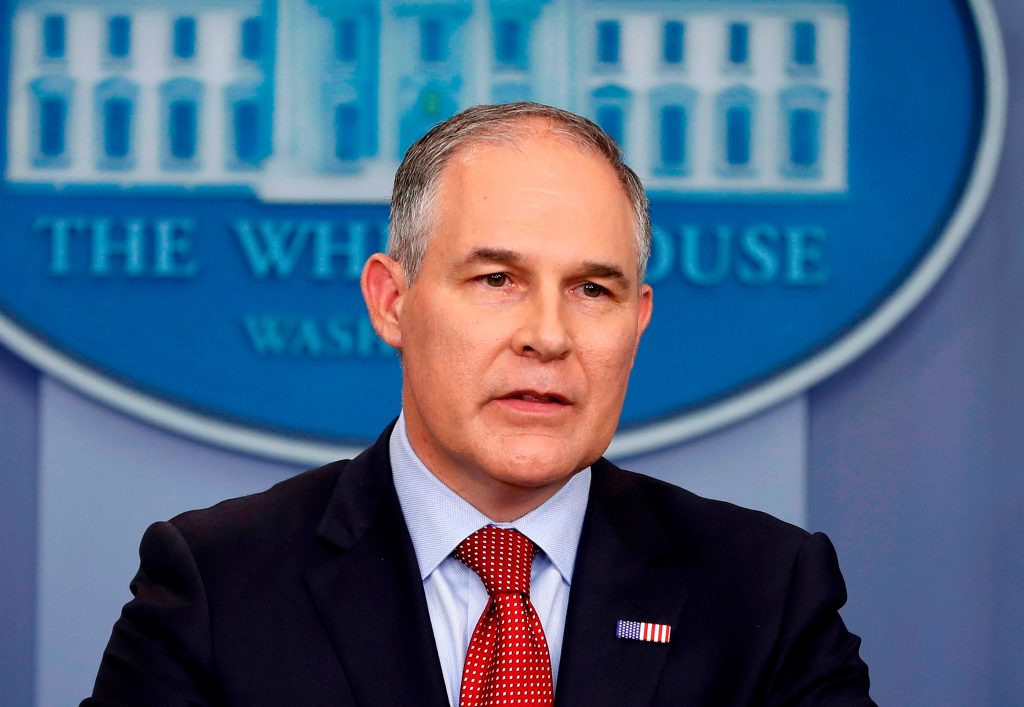 The Government Accountability Office issued its findings Monday in a letter to Senate Democrats who had requested a review of Pruitt’s spending.

GAO General Counsel Thomas Armstrong determined that EPA’s purchase of the booth violated federal law prohibiting agencies from spending more than $5,000 for redecorating, furnishings or other improvements to the offices of presidential appointees without informing Congress. Because EPA used federal money in a manner specifically prohibited by law, Armstrong said the agency also violated the Antideficiency Act, and is legally obligated to report that violation to Congress.

EPA spokeswoman Liz Bowman said the agency is “addressing GAO’s concern, with regard to congressional notification about this expense, and will be sending Congress the necessary information this week.”

EPA has said previously that Pruitt needed the privacy booth to make secure phone calls with President Donald Trump and other senior administration officials without fear of eavesdropping. It is among several unusual security precautions taken by Pruitt that are now under scrutiny, like his use frequent use of first-class flights to avoid unpleasant interactions with other travelers.

The Associated Press first reported in December that EPA also spent about $9,000 for an outside contractor to sweep Pruitt’s office for secret listening devices and installed biometric locks.

Democratic Sen. Tom Udall of New Mexico, who requested the GAO review, said the finding was yet another example of the embattled EPA administrator flouting federal spending rules.

“An illegal privacy booth to conduct secret discussions with his polluter friends does nothing to help our health or environment,” Udall said Monday. “Scott Pruitt is behaving like swamp emperor rather than EPA administrator — he has shown a shocking lack of regard for public health and safety, ethics and fairness. He has been a disaster, and it’s past time for him to go.”

Democrats and a few Republicans have been calling on Pruitt either to resign or be fired since late last month, when media reports first disclosed that he had rented a Capitol Hill condo tied to an oil and gas lobbyist at the bargain rate of $50 a night.

Republican Sen. John Barrasso of Wyoming, chairman of the Senate Environment and Public Works Committee and typically a staunch defender of Pruitt, agreed that EPA needs to follow the law.

“It is critical that EPA and all federal agencies comply with notification requirements to Congress before spending taxpayer dollars,” he said. “EPA must give a full public accounting of this expenditure and explain why the agency thinks it was complying with the law.”