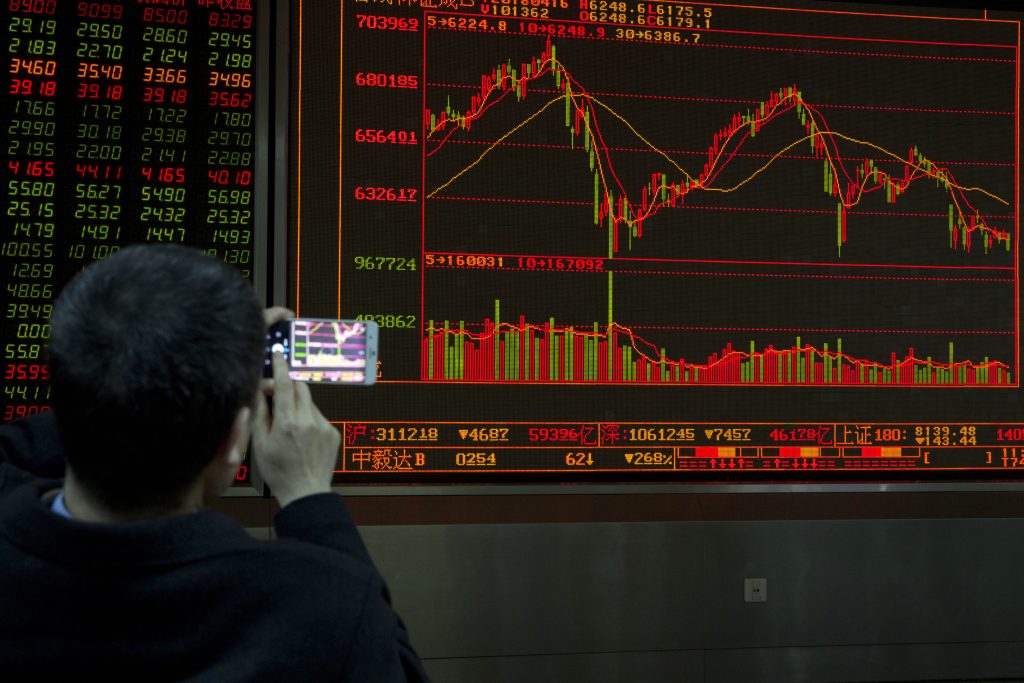 Asian share markets were mixed and oil prices fell on Monday as relief that U.S.-led strikes on Syria looked unlikely to escalate was tempered by concerns at Russia’s potential reaction to new sanctions from Washington.

With the situation in the Middle East still fluid, moves were modest and in both directions. EMini futures for the S&P 500 nudged up 0.38 percent, while Japan’s Nikkei added 0.2 percent.

The United States, France and Britain launched 105 missiles targeting what the Pentagon said were three chemical weapons facilities in Syria in retaliation for a suspected poison gas attack in Douma on April 7.

But with President Donald Trump declaring mission accomplished, investors wagered the worst had been avoided.

“Trump was able to enforce his chemical weapons red line without crossing the threshold for Russian retaliation,” analysts at JPMorgan said in a note.

“Stocks were concerned about a prolonged and expanded U.S. campaign towards Assad and that doesn’t look probable.”

Dealers were keeping a wary eye on Japanese politics after a survey showed support for Japanese Prime Minister Shinzo Abe had fallen to 26.7 percent, the lowest since he took office in late 2012.

PM Abe’s sliding ratings are raising doubts over whether he can win a third three-year term as ruling Liberal Democratic Party (LDP) leader in a September vote, or whether he might even resign before the party election.

Looking ahead, the U.S. earnings season kicks into high gear this week with Thomson Reuters data predicting profits at S&P 500 companies increased by 18.6 percent in the first quarter from a year ago, their biggest rise in seven years.

Yet with expectations so high, bank shares ran into profit-taking on Friday after a batch of mixed results.

In Asia, China reports its gross domestic product for the first quarter on Tuesday with market forecasts clustered around growth of 6.7 percent to 6.8 percent.

The United States reports retail sales later on Monday and there are around 15 Federal Reserve speakers in the diary for the week.

Also this week, the IMF will hold its spring meetings of central bankers and finance ministers in Washington.