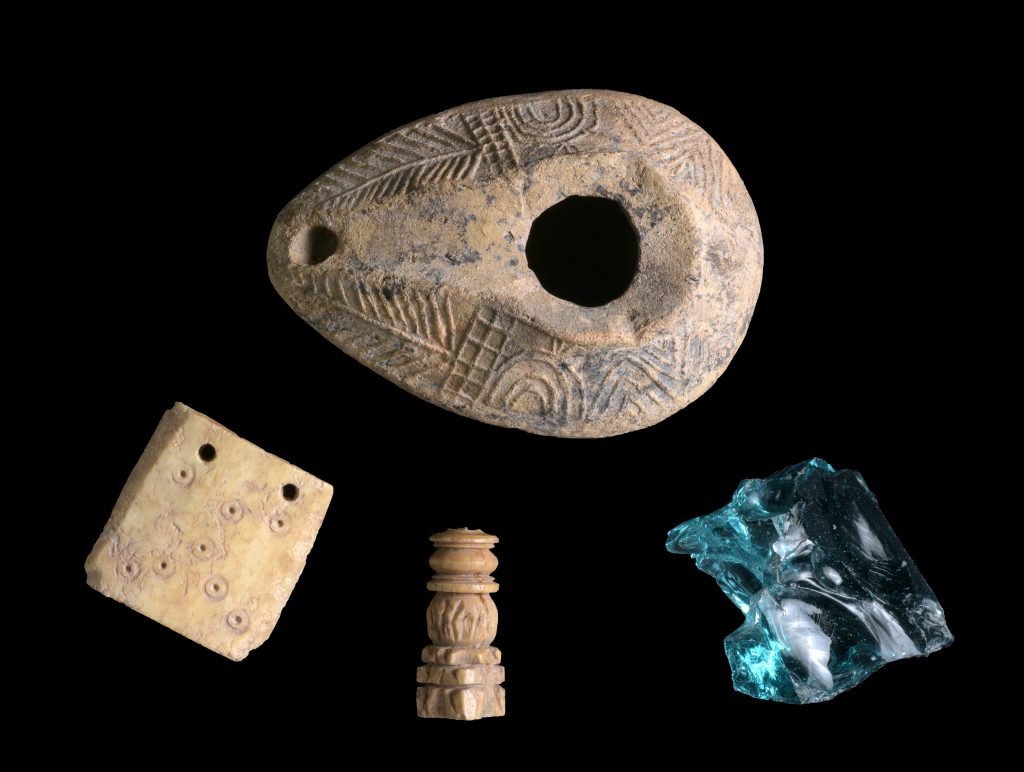 Israeli students and volunteers working on the creation of a new hiking attraction called the Sanhedrin Trail have discovered an oil lamp with a menorah engraving that archeologists believe to be 1,400 years old.

That priceless artifact was not the only find: remains of an important glass industry and an extremely rare and valuable gold coin from the time of Suleiman the Magnificent also turned up.

IAA archaeologist Dr. Einat Ambar-Armon noted that “unlike the [traditional] menorah of seven branches and a single broad base, the menorah engraved on the ancient lamp has eight branches and a three-legged base.”

The Sanhedrin Trail, scheduled to open on April 22, is a collective project, the fruit of the labors of thousands of students and volunteers.

Their low-tech digging has made possible an archeological trail studded with high-tech milestones which transmit information to handheld devices.

“There is no other trail in Israel that utilizes such an application, and in this respect, we, the archaeologists, are making history,” said Israel Antiquities Authority archaeologist Yair Amitzur.

“It is the first place in Israel that is being founded as a site with GPS capabilities through the ‘smart stones,’ ” Amitzur told The Times of Israel. There are plans for the stones to transmit augmented reality and 3-D visuals at each site as well.

In archaeological excavations at Horbat Usha, the first place where the Sanhedrin relocated after the Bar Kochva revolt, students uncovered material remains from the time of the Sanhedrin: evidence of an ancient glass industry, as well as ornamental items dating back 1,800 years.

“Based on the finds, it was determined the Usha site was continuously inhabited from the Roman period until the Ottoman period,” according to a Hadashot report filed by Abdallah Massarwa following salvage excavations ahead of the construction of the Route 6 toll road.