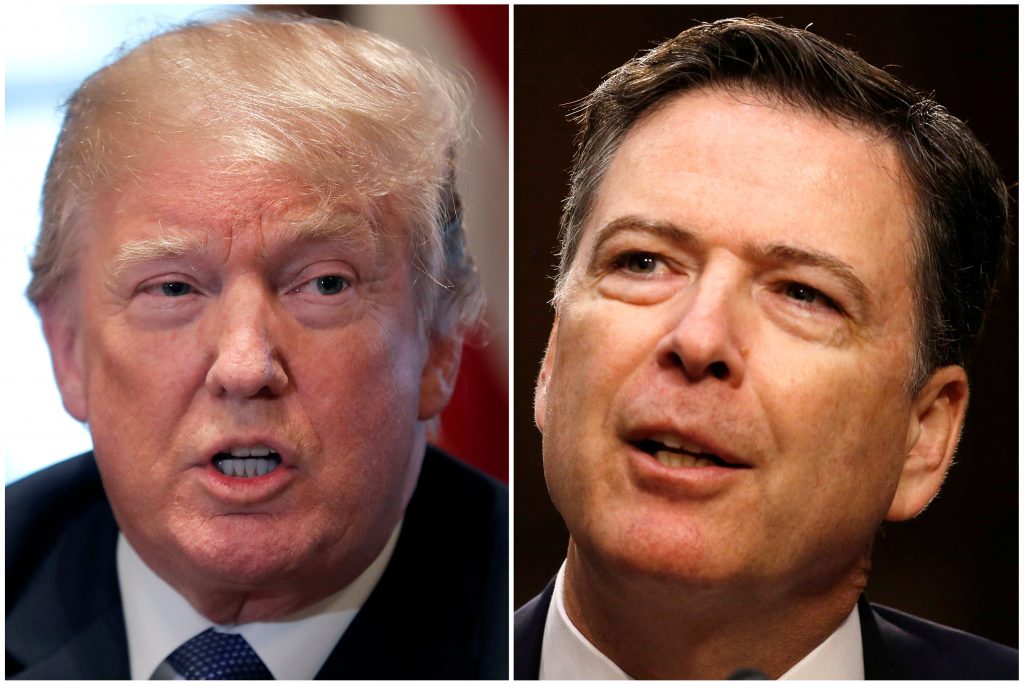 U.S. President Donald Trump hurled a new set of insults at James Comey on Sunday, challenging accusations the former FBI director makes in a tell-all book that is due for release this week, and insisting that he never pressed Comey to be loyal to him.

“Slippery James Comey, a man who always ends up badly and out of whack (he is not smart!), will go down as the WORST FBI Director in history, by far!” Mr. Trump wrote in one of five Twitter posts aimed directly at the fired FBI chief.

The renewed attacks by Mr. Trump came as ABC News was set to air an interview with Comey at 10 p.m. ET on Sunday, in which he discusses his book.

Mr. Trump fired Comey last May, setting off a firestorm, as the Federal Bureau of Investigation was probing possible connections between Mr. Trump’s 2016 presidential campaign and Russia’s meddling in the American elections.

Russia has denied interfering in the election and Mr. Trump has denied any collusion or improper activity.

Reuters and other news outlets have obtained copies of Comey’s book before its formal release this week. In it, Comey wrote that Mr. Trump, in a private meeting, pressed the then-FBI director for his loyalty.

The FBI has long tried to operate as an independent law enforcement agency.

“I never asked Comey for Personal Loyalty. I hardly even knew this guy. Just another of his many lies. His “memos” are self-serving and FAKE!” Trump said on Twitter.

U.S. House of Representatives Speaker Paul Ryan, interviewed on NBC’s “Meet the Press,” expressed qualified support for Comey. Ryan, asked whether Comey was a man of integrity, said, “As far as I know” but added that he did not know him well.

Asked about Mr. Trump’s use of the words last week “slime ball” to describe Comey, Ryan said, “I don’t use words like that.”