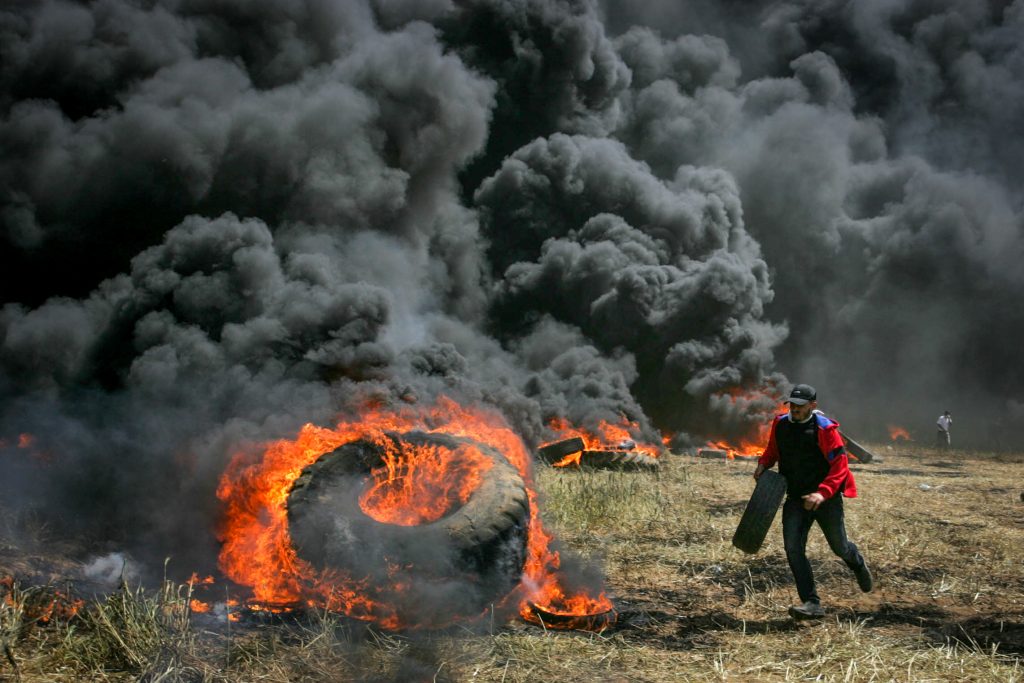 The IDF was again on full alert Friday, as Hamas was expected to again bring thousands of Gaza Arabs to the Gaza border fence, where they will riot and try to break through the fence onto the Israeli side. The centerpiece of Friday’s riot is expected to be a mass burning of thousands of Israeli flags by the large Arab mob.

Another concern is the possibility that Hamas terrorists will increase the use of firebombs thrown over the border fence, in the hope that they will explode and set fire to thousands of dunams of wheat growing near the border fence. Firebombs have been thrown over the past several Fridays as well, but Israeli security forces said that it was likely that Hamas would concentrate on that tactic, now that the summer wheat is growing.

But beyond the activities at the border – which, security sources told Walla News, the army believes it can control – the greater fear of the security establishment is the increasing likelihood that Hamas will try to pull off a major terror attack, either by sneaking over the border into Israeli towns and cities, or against soldiers and residents of the border area. IDF special forces have been deployed at the border fence to deal specifically with this possibility.

Speaking Thursday night, Defense Minister Avigdor Liberman said that “our message to our neighbors to the south is that you will not succeed in breaking us. Change your ways and think about not how to destroy Israel, but how to live alongside it. Unfortunately, we still have to fight for our right to have a state, after so many years.”