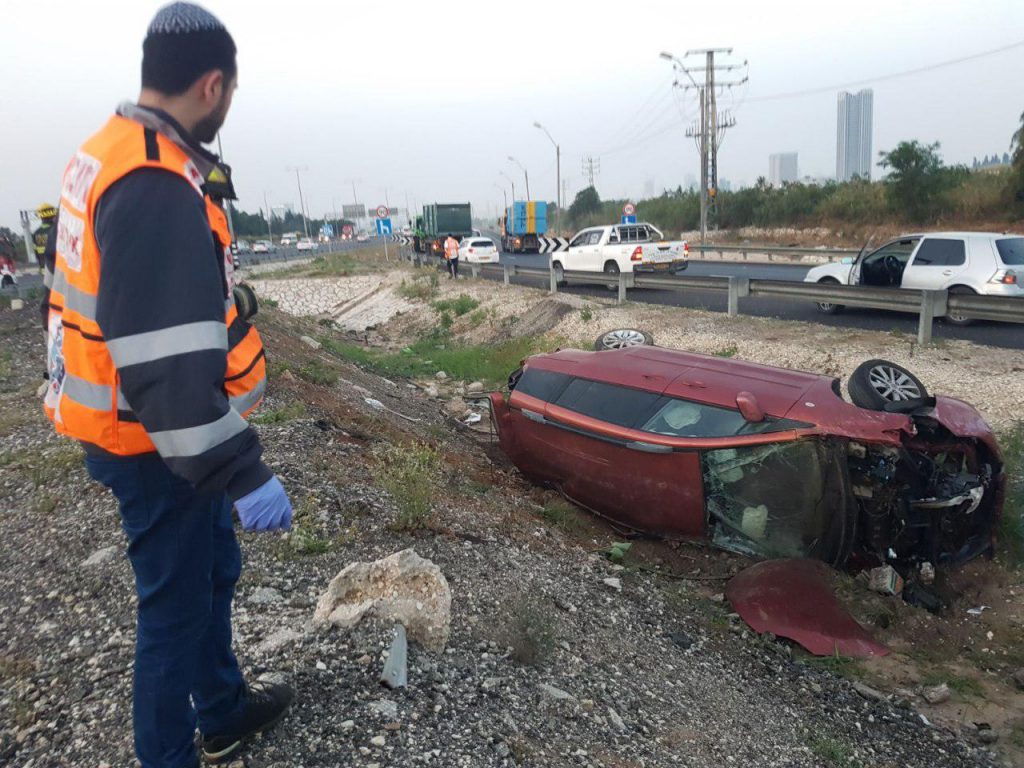 One bachur was killed and six people were injured in a tragic accident on Highway 4 early Friday morning, as a group of bachurim were returning from davening at the kever of the Rashbi overnight, in honor of Erev Rosh Chodesh.

The bachurim were among a group of boys from Yeshivah Me’or Yisroel in Bnei Brak who had traveled to daven in Meron. Some of the bachurim took the bus to Bnei Brak, while three were offered a ride in a minivan.

When the minivan reached the Morasha interchange – descending from Route 5 to Highway 4 – it swerved for reasons not immediately clear, and flipped over into a ditch. One passenger was killed and the other five passengers, plus the driver, were injured.

The niftar is Chaim Dov Alter, z”l, 18. His father is Reb Yaakov Yosef Alter, and his grandfather is Rabbi Menachem Alter of Yerushalayim.

One bachur who suffered a serious head injury, and two passengers in moderate condition with bruises on their heads and limbs, were evacuated to Tel Hashomer hospital. Three victims with light casualties were evacuated to Beilinson and Schneider hospitals in Petach Tikvah.

The kevurah for Chaim Dov Alter was on Har Hazeisim.