World Trump: Syria Attack ‘Could Be Very Soon or Not So Soon’
World 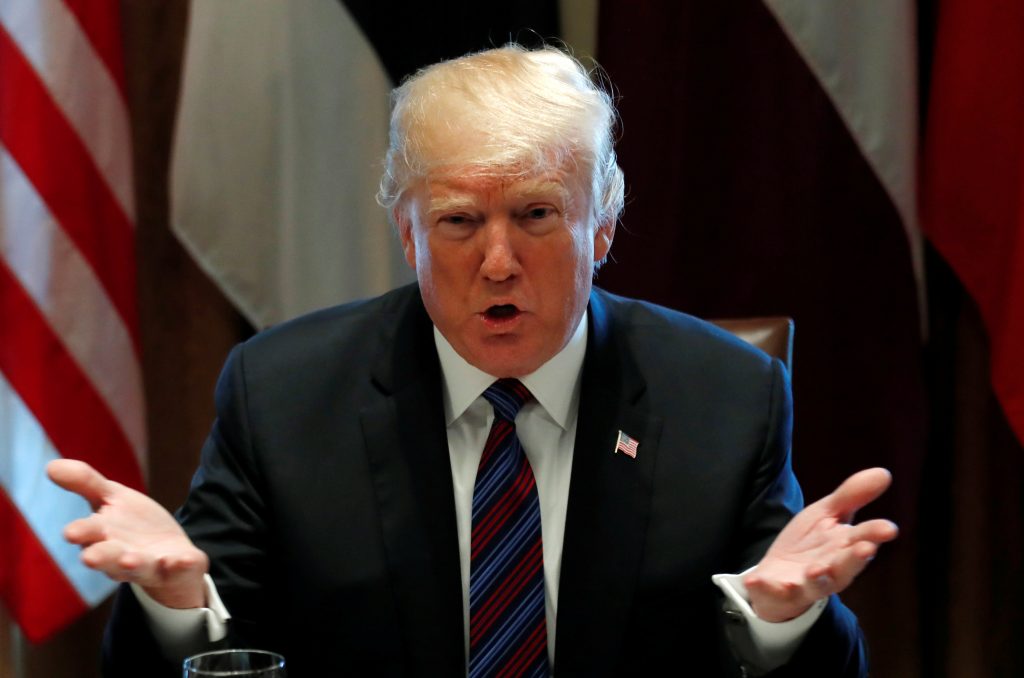 President Donald Trump said on Thursday that a possible military strike against Syria “could be very soon or not so soon at all.”

“Never said when an attack on Syria would take place,” Trump wrote on Twitter.

Trump had vowed to take swift and decisive action against Syria since reports of a suspected poison gas attack that killed dozens of people. Damascus has denied responsibility for the incident that has widened a rift between the West and Moscow, which backs Syria’s government.

On Wednesday, Trump wrote that missiles “will be coming” in response to Syria’s suspected chemical attack that killed at least 40 people.

“Russia vows to shoot down any and all missiles fired at Syria,” Trump tweeted. “Get ready Russia, because they will be coming, nice and new and ‘smart!’ You shouldn’t be partners with a Gas Killing Animal who kills his people and enjoys it!”