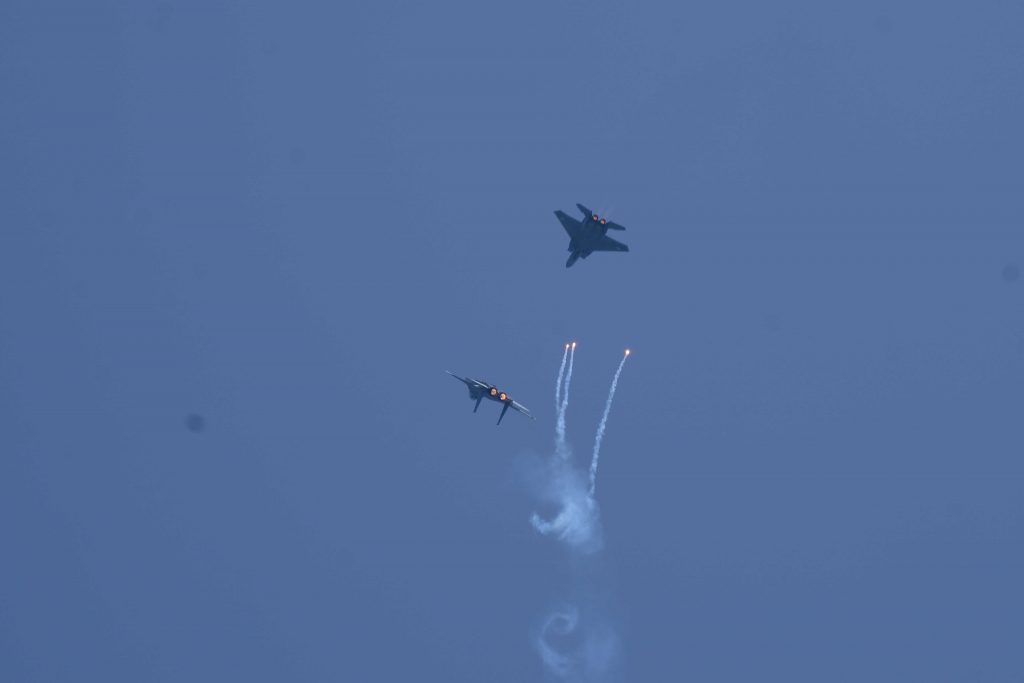 Israeli police emergency lines lit up on Thursday after warplanes roared over the Tel Aviv coast, dropping antimissile flares and performing aerobatics at a time of tension along the border with Syria.

It was just a rehearsal – practice flights are held every year – for the Israeli Air Force’s Independence Day national flypast on April 19, but no prior announcement was made.

“Many calls were received from worried citizens about noise from a squadron of planes in the Tel Aviv area,” police said in statement. “We would like to make clear they were training for the Independence Day aerial display. There’s no emergency.”

Under clear skies over Tel Aviv’s Mediterranean beach, two F-15 jets maneuvered through a series of sharp turns, climbs and dives in what appeared to be a mock dogfight as the sound of their engines crackled through the streets.

Despite the tensions, the commander of the IDF, Lieutenant-General Gadi Eizenkot, flew to Poland on Thursday morning to take part in Holocaust Remembrance Day events.

A source in the delegation said that Eizenkot would be back by nightfall.