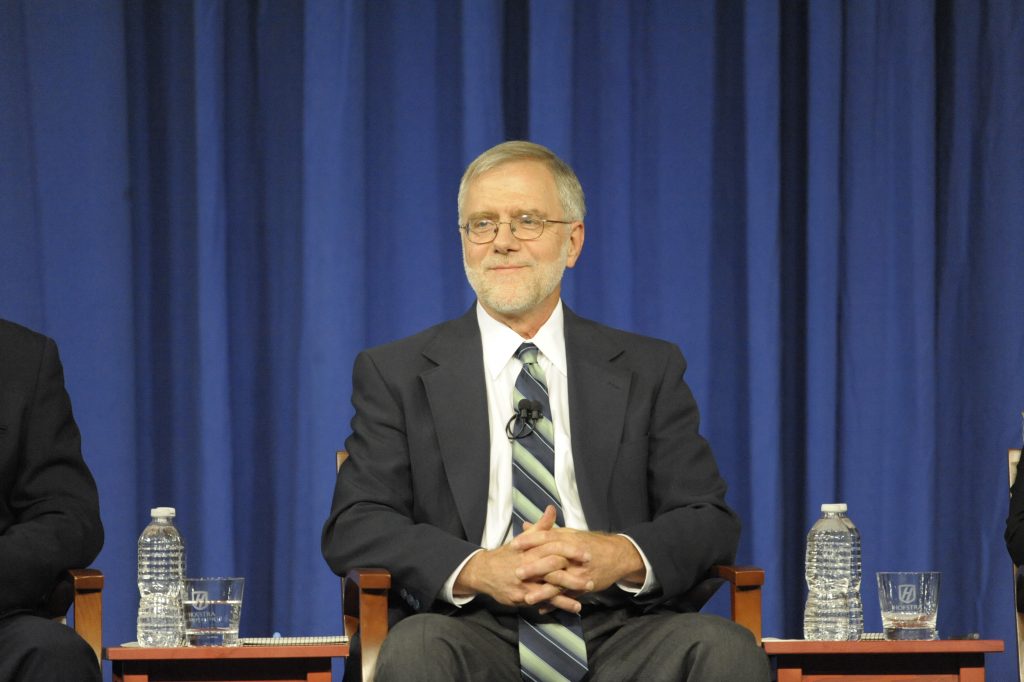 Undeterred by two unsuccessful runs for governor as the Green Party candidate but emboldened by a third-place finish in 2014, Howie Hawkins announced Thursday that he is again seeking the party’s nomination to run in the November election.

The 65-year-old retired Teamster from Syracuse launched his campaign at a news conference in Albany, saying he’s running on a progressive “Green New Deal” platform that includes raising taxes on millionaires and investing in clean energy projects and infrastructure improvements.

“Progressives need to raise our expectations and demand more,” said Hawkins, who bashed what he called Albany’s pay-to-play “culture of corruption.”

Hawkins was the Green Party candidate for governor in 2010 and 2014, when he garnered more than 184,000 votes to finish third behind incumbent Democratic Gov. Andrew Cuomo and then-Westchester County Executive Rob Astorino, a Republican. Hawkins received nearly 60,000 votes in the 2010 race won by Cuomo, who that year defeated Buffalo developer Carl Paladino.

“Most people tell me, keep trying,” Hawkins said when asked about running as the longest of long-shots for the third time. “They like what I say, they like that I keep trying. And I keep trying to tell them that you don’t have to win the office to make a difference, and we’ve made a difference.”

Registered Democratic voters outnumber Republicans by more than a 2-1 margin in New York state. About 30,000 voters are registered as Green Party members as of April 1, according to the New York state Board of Elections.

But Hawkins’ strong showing in 2014 moved the Green Party up to the fourth line among ballot-qualified parties. He said his more liberal agenda that year “made Cuomo compete for progressive votes.”

“It makes him move our way to try to get those votes back,” Hawkins said. “What our little Green Party does matters, and we hope to make a difference in this campaign.”

Cuomo is being challenged for the Democratic nomination by Cynthia Nixon. On the Republican side, Dutchess County Executive Marcus Molinaro and state Sen. John DeFrancisco, of Syracuse, are vying for their party’s nomination.