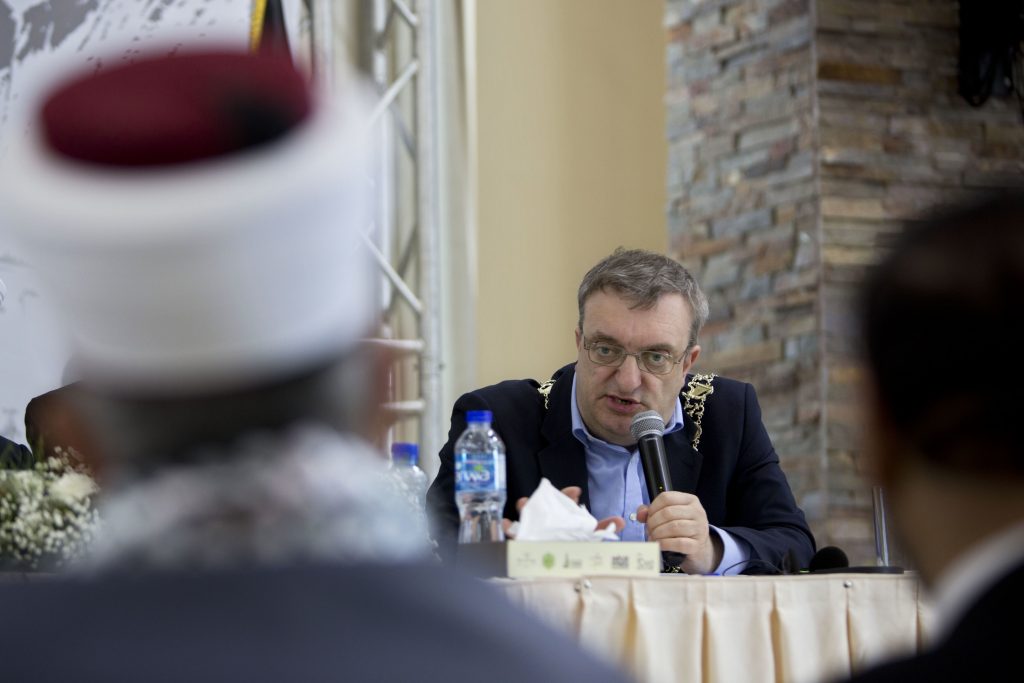 Israel on Thursday registered a formal protest against the unauthorized visit of the Dublin mayor at an anti-Israel conference in Ramallah, The Times of Israel reported.

The Foreign Ministry called in Irish ambassador Alison Kelly to express displeasure over Dublin’s mayor Mícheál Mac Donncha’s participation in the event, despite a ban on his entering the country.

Bedecked with banners promoting the pro-Nazi grand mufti of Yerushalayim during World War II, the gathering was described by the Foreign Ministry as “anti-Israel.” In addition, it made mention of the Dublin city council’s recent decision to formally support a boycott of Israel.

“The government of Israel expects a public and official Irish response to the behavior of its capital’s city council, and of its mayor, who are leading a campaign of discrimination and incitement against Israel,” the ministry said in a statement.