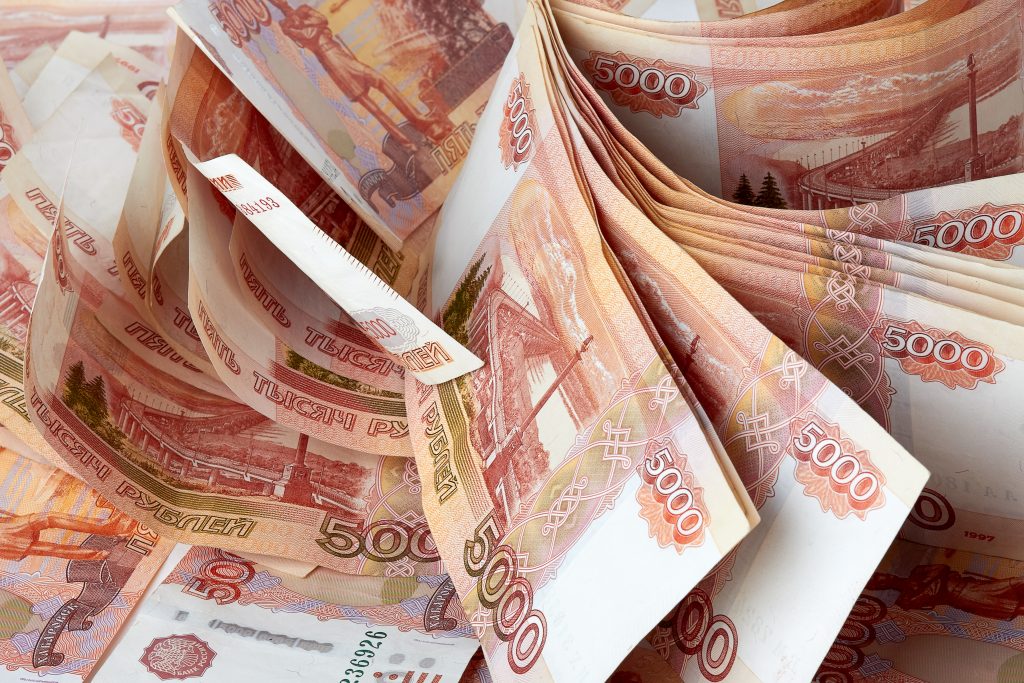 The ruble plunged for the second day in a row on Tuesday following fresh U.S. sanctions against Russia.

The Russian currency hit lows against the dollar and euro last seen in 2016, while the government trailed as-yet unspecified support measures for sanction-hit companies.

“The main thing right now is to minimize uncertainty while securing stable functioning of the companies, where hundreds of thousands of people work,” he told an economic forum in Moscow. “If necessary we will ensure the preservation of stable functioning … Share prices are a secondary thing in this case.”

He didn’t provide details of how the measures could work.

The head of the Central Bank of Russia said she didn’t view Russia’s economy as financially unstable.

“In our view, there are no such risks now and certainly no need to take systemic measures, but we will keep track of the situation,” Elvira Nabiullina said.

President Vladimir Putin’s spokesman, Dmitry Peskov, said the Kremlin attributes the “strong negative trends” on the Russian stock market in part to an “emotional reaction” to the sanctions, rather than more fundamental issues.

On the Moscow exchange, the main MOEX index was up almost 4 percent by late afternoon after taking a heavy hit Monday, though the dollar-denominated RTS index was down 0.7 percent.

Rusal shares have dropped by more than half since the sanctions were announced, and the company has warned it may technically default.

On Tuesday, the chief executive of commodities giant Glencore, Ivan Glasenberg, left the board of Rusal, Glencore said.

Glencore also said it “will not proceed … at this time” with a planned deal to swap its 8.75 percent stake in Rusal for a stake in billionaire Oleg Deripaska’s holding company EN+ Group.

Glencore, which purchases large quantities of aluminum from Rusal, added it is “still evaluating the position under its contracts with Rusal, but notes that these contracts are not financially material to Glencore.”

Despite the turbulence at some of Russia’s biggest-name companies, there may be little wider impact on the Russian economy and growth rates because Russia has already adapted to previous rounds of international sanctions, said Oleg Kouzmin, the Moscow-based chief economist for Russia and ex-Soviet states at Renaissance Capital.

“Despite the significant reaction on the Russian financial markets, the impact on the Russian economy from the recent sanctions is likely to be much more muted than it was before,” he told The Associated Press. The first U.S. and European sanctions on Russian individuals and companies were imposed in 2014 following Russia’s annexation of Crimea.

“First, the economy has already deleveraged in a few years under sanctions. Second, the current Russian economic policy toolkit is focused on ensuring stability. It’s prepared the economy much better for any other external shocks which might arrive.”

Beside Deripaska, targets included Alexei Miller, the head of state natural gas giant Gazprom, and Andrey Kostin, the head of the state-controlled VTB Bank, which is Russia’s second-largest.

There was also a place on the list for Kirill Shamalov, who is reportedly Putin’s son-in-law, married to his daughter Katerina Tikhonova — although neither Putin nor the Kremlin has acknowledged that she is his daughter.

The sanctions freeze any assets that those targeted have in U.S. jurisdictions and bar Americans from doing business with them. They were imposed following U.S. frustration with Russian policy in Syria and Ukraine, as well as alleged election interference.

Clearstream, which provides key infrastructure underpinning the financial markets, said Tuesday it would not process securities issued by those on the sanctions list.