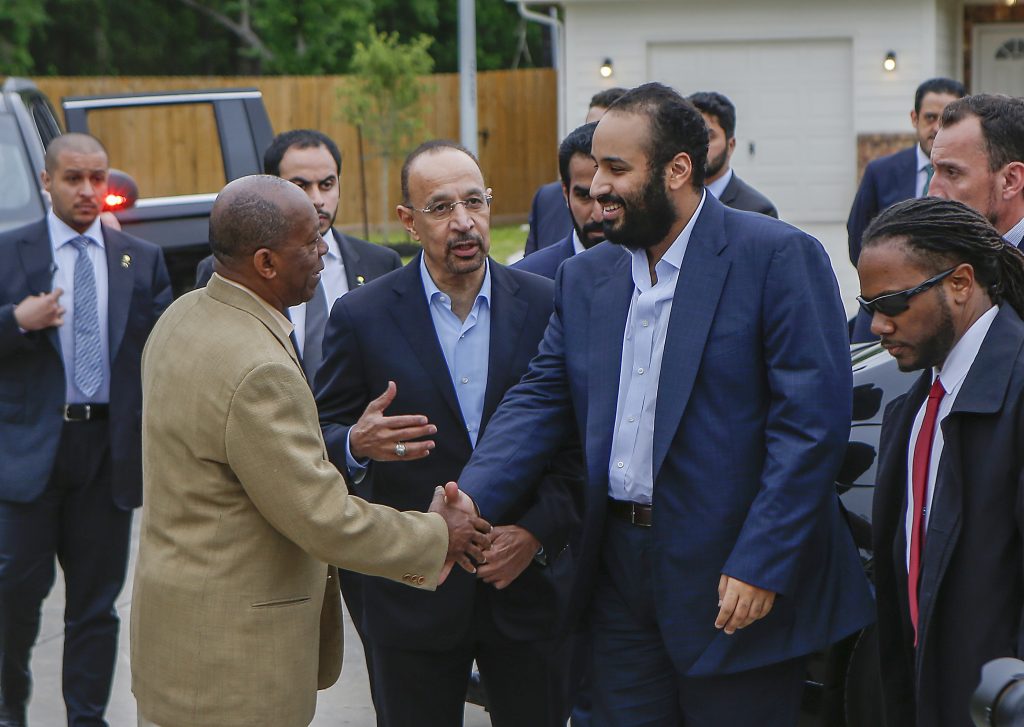 The crown prince of Saudi Arabia is making his first official visit to France, which is hoping to profit from his shake-up of the conservative kingdom.

No big weapons contracts are expected to be signed during the visit of Mohammed bin Salman, but a “strategic partnership” is to be announced Tuesday with French President Emmanuel Macron. French media say the prince arrives Sunday.

The 32-year-old heir to the Saudi throne, now at the center of the kingdom’s power structure, has instigated major reforms to shed the kingdom’s austere image.

France hopes to join in that march toward the future by possibly investing in sectors like technology, renewable energy, health and tourism that Saudi Arabia wants to develop, an official with Macron’s office said. That includes developing a UNESCO heritage desert site.

A visit to “Station F,” a huge Left Bank incubator for startups, is on the crown prince’s agenda.

Demonstrators will greet the prince with protests over the Saudi-led coalition’s airstrikes in Yemen to fight Iran-backed Houthi rebels. Ten human rights organizations have asked Macron to demand that Saudi Arabia end the airstrikes and lift a blockade aggravating the humanitarian crisis in Yemen.

The war in Yemen would be discussed, along with the war in Syria and the fight against terrorism and terrorist financing, the French official said.

Private time in France is also on the royal schedule, although details are scarce. The royal family owns luxurious property in France, including a mansion on the Riviera.

Prince Mohammed comes to France after a nearly three-week-long trip to the United States, preceded by a three-day visit to Britain. The prince ended his U.S. travels with more than $2.3 billion in promised arms sales and $1.3 billion in artillery.

France, traditionally a major arms supplier of the Saudis, dismissed questions about big arms contracts during this trip.

“We are absolutely not disappointed” in the absence of weapons deals, the official from Macron’s office insisted. “We want to be part of this new dimension” being developed by the crown prince, which gives way to “new cooperation, less directed toward isolated contracts and more to investments in the future.”

The official was not authorized to speak publicly ahead of the visit.

The Gulf dispute with Qatar — isolated by Saudi Arabia, the United Arab Emirates, Bahrain and Egypt — is not likely to be high among topics covered, if at all. The four countries cut off Qatar’s land, sea and air routes in June over its alleged support of extremists and close ties with Iran, which Qatar adamantly denies.

A ranking Qatari official said during a recent visit to Paris that his country would welcome French mediation. The official spoke about the delicate issue on condition of anonymity.