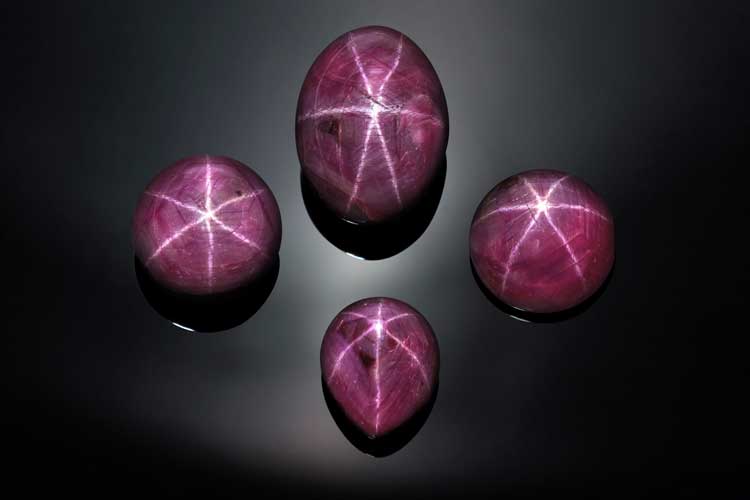 A collection of four rare star rubies found in North Carolina has made it to a New York auction house, and it’s expected they could be worth more than $90 million.

The News & Observer of Raleigh reports that the rubies were discovered outside of Asheville in 1990. Collectively, they weigh 342 carats. They’re called the “Mountain Star Ruby Collection,” and most rubies like these are considered rarer and more valuable than diamonds of comparable size.

Famous star rubies include the “Rosser Reeves Star Ruby,” which is 138.7 carats and held at the Smithsonian Institution in Washington, D.C., and the “De Long Star Ruby,” weighing 100 carats at the American Museum of Natural History in New York.

Guernsey’s, a New York-based auction house, said Jarvis Wayne Messer of Buncombe County discovered the stones, after which they were examined by leading geological testing labs in the U.S. and Europe. An exhibition of one stone at the Natural History Museum in London drew a record 150,000 people over two weeks.

“When I found it, there was a red-tailed hawk that soared right over me,” Messer told local talk show North Carolina Now in an early 1990s interview, as reported by Garden & Gun magazine. “I knew it was something special, but I didn’t realize how important the stones would be.”

They were the first star rubies found in western North Carolina, according to Arlan Ettinger, founder and president of Guernsey’s.

Shortly after the exhibition, Messer died and the collection was returned to his family where it has “quietly resided ever since,” according to Guernsey’s.

The family tried to sell the stones for 10 years, but with appraisals approaching $100 million for the entire collection, there were few buyers, Garden & Gun reported. The family contacted Guernsey’s, known for unusual sales including possessions of John F. Kennedy, Elvis, Rosa Parks and more.