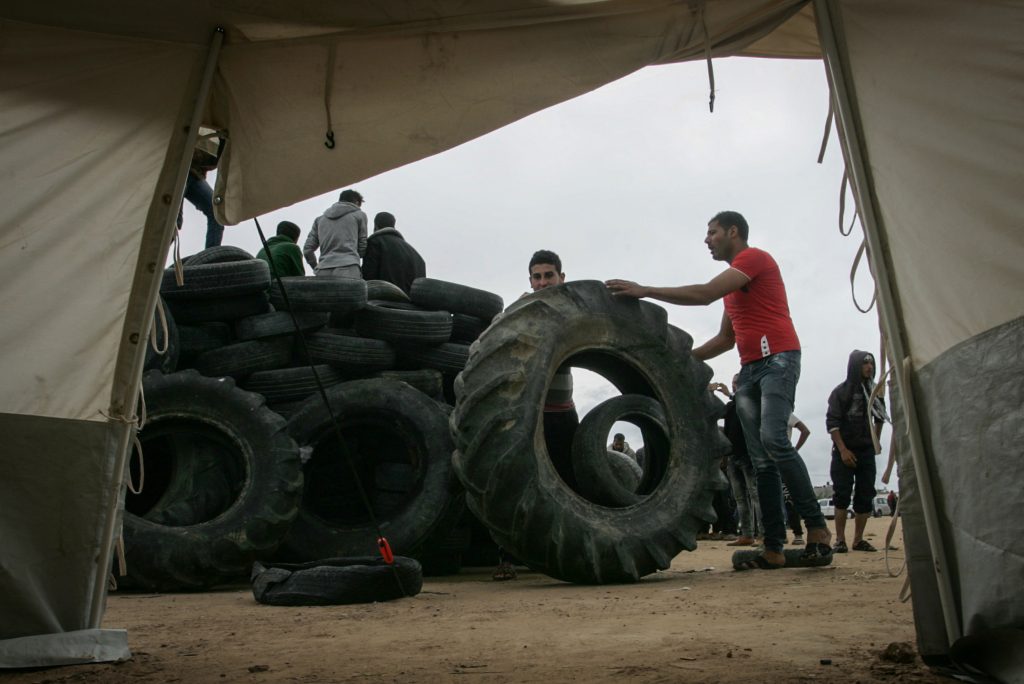 The IDF and Shin Bet announced Wednesday that ten members of the Islamic Jihad terror group in Gaza had been apprehended after they planned a terror attack on an Israeli Navy boat off the coast of Gaza. The terrorists had planned to fire a missile at the ship, then board it and kidnap sailors. The terrorists were arrested in recent days, and the story was released for publication Wednesday. The chief suspect is a 23-year-Gaza terrorist resident of Rafiach, the organizations said.

Hundreds of Gaza rioters gathered on Tuesday for a fifth day, rioting and throwing stones and firebombs at IDF soldiers, who responded with anti-riot measures. One rioter, a 25-year-old Gaza resident, was killed, making him the 18th Gazan to be killed in the new round of unrest that began last Friday.

Riots last Friday saw some 20,000 Gaza Arabs attempted to mass on the Gaza border fence, on orders of Hamas, throwing stones and firebombs at Israeli forces, and Hamas plans an even bigger riot this week, a spokesperson for the terror group told the Gaza Ma’an news agency, saying that at least 10,000 tires had been collected and would be burned during rioting in order to create acrid smoke that would keep Israeli soldiers away – and enable terrorists to breach the Gaza border fence. The IDF reiterated in a statement that the IDF said that the border was sacrosanct, and that it “separates a sovereign state and a terrorist organization. It separates a state that protects its citizens from murderers who send their countrymen into danger. The fence separates an army that uses force in self-defense and in a focused and proportionate manner, and Hamas, an organization that sanctifies murder and death, that for years – Friday included – has been intent on harming millions of Israelis.”