Politics FOCUS: For John Bolton, Russia Is Part of a New ‘Axis of Evil’
Politics 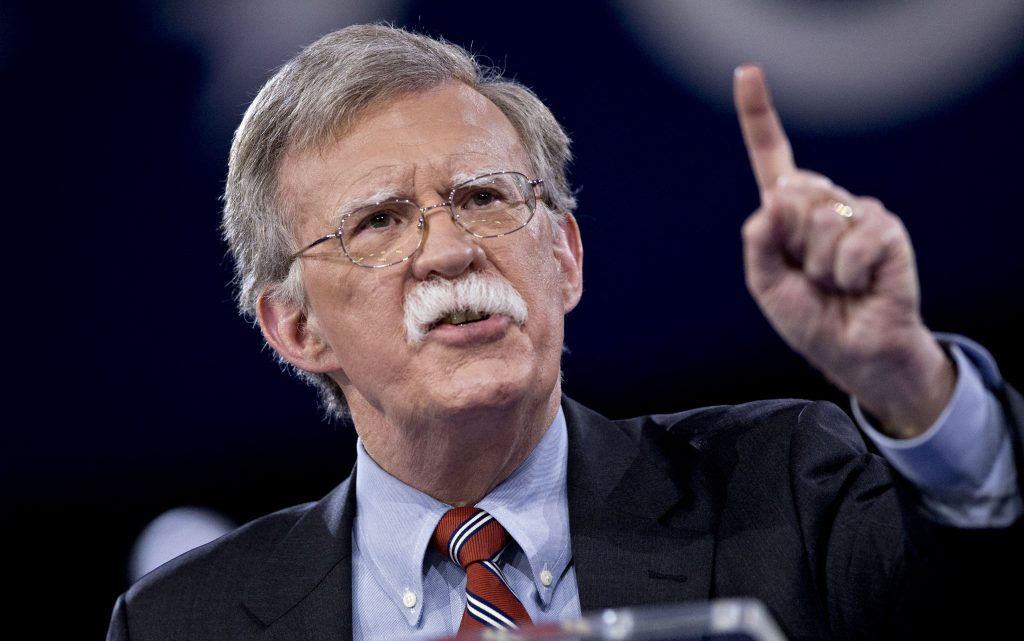 The Trump administration seems to be hardening on Russia, but not fast enough for its incoming national security adviser. John Bolton wants President Donald Trump to go on the offensive against Moscow – and not just when it comes to Vladimir Putin’s interference in American democracy.

Speaking last month at the Daniel Morgan Graduate School of National Security, Bolton laid out his proposed strategy to respond to Russian meddling in the 2016 presidential election and to Russian aggression around the world. Bolton did not know that, only weeks later, he would be in a position to push his strategy as the top foreign-policy aide to the president.

The Trump administration has not done enough to respond to Russia’s attack on the United States and our democratic institutions, Bolton said, and Putin must pay a heavy price for his actions.

“I think that this is actually now the perfect time for President Trump to pivot to make it clear that he’s not going to permit additional [Russian] meddling, or meddling by any other foreign government in our election process,” Bolton said. “Whether [the Russians] were trying to collude with the Trump campaign or the Clinton campaign, their interference is unacceptable. It’s really an attack on the United States Constitution.”

The United States should respond in “cyberspace and elsewhere,” Bolton said, suggesting offensive action against the Russian operatives that perpetrated the interference. Only if the response is overwhelming will Russia and other countries be deterred.

But Bolton doesn’t want Trump to stop there. As he explained during his extensive remarks, the United States should also push back on a range of Kremlin transgressions: its support for Syria, its alliance with Iran, its undermining of North Korea sanctions and its coordination with China to thwart the West.

In Bolton’s worldview, Russia is part of a larger set of challenges that must be addressed together. America’s adversaries form a network that works together in complex ways. Bolton asserted that Russia and China “fly wingman for each other” at the United Nations and have a “de facto territorial division of labor around the world.”

The Russia-Iran alliance in Syria poses a threat across the region, Bolton said, which means the United States can’t credibly partner with Russia against terrorism. “This Russian penetration of the Middle East has had very significant consequences,” he said. “They are aligned with the world’s most important financier of terrorism.”

Meanwhile, Iran and North Korea are cooperating on ballistic missiles and perhaps also in the area of nuclear technology. That means the problems are linked, Bolton said, and one can’t be solved without the other. After the war in Iraq, which Bolton still defends, “North Korea and Iran continued and continued in a way that demonstrate the vitality to the metaphor ‘axis of evil,’ ” he said.

As of last month, Bolton saw little benefit – and considerable downside – to entering into negotiations with North Korea. “In the proliferation area, the cost of negotiation is the loss of time,” he argued.

Overall, Bolton sees Trump facing a set of problems and challenges that are “due bills from the inaction of prior administrations that are coming due on his watch.”

Bolton is transparent about his prescription. He wants to use military force to prevent North Korea – and perhaps also Iran – from building the capability to launch a nuclear attack on the United States. He is skeptical that America would be able stop the spread of nuclear weapons any other way.

“Anybody who says in a multipolar world, deterrence works the way it did in the Cold War, is simply speculating,” he said.

Bolton’s Russia stance seems at odds with that of Trump, who has repeatedly said he wants to maintain cordial relations with Putin in the hope of improving U.S.-Russia relations. But a majority of Trump’s other advisers are sympathetic to Bolton’s view.

Nikki Haley, the U.S. ambassador to the United Nations, excoriated Russia at the Security Council on Tuesday for slaughtering Syrian civilians while disregarding its ceasefire agreements. Also on Tuesday, Defense Secretary Jim Mattis claimed that the Kremlin used a “weapon of mass destruction” in a case of “attempted murder” in Britain against a former Russian spy.

As a response to Russia’s action in Britain, outgoing national security adviser H.R. McMaster led an interagency process that resulted in the expulsion this week of 60 Russian diplomats. The White House now says it is up to Russia to change its behavior if it wants better relations with the United States. If Putin is interested, he might want to act fast. Bolton is scheduled to start April 9.