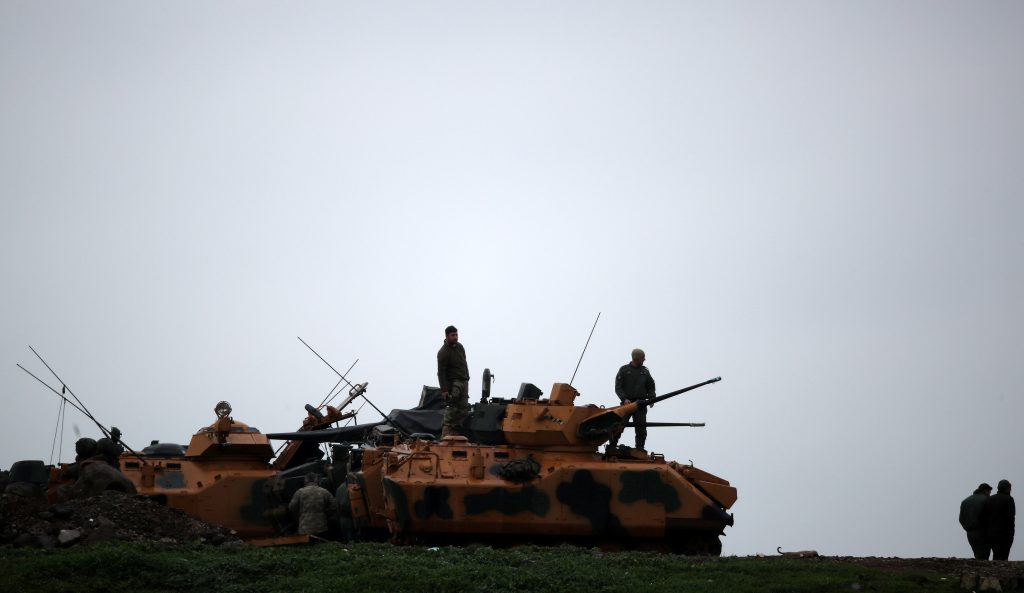 Turkish security forces backed by air support opened fire and killed the terrorists after spotting them in Hatay’s Arsuz district, near the Mediterranean Sea, the statement reported.

It said the military seized the bodies of six of the militants, along with M-16 rifles, a rocket launcher and ammunition. The group was believed to be responsible for several attacks in the province last year.

Turkey has fought an insurgency of Kurdistan Workers Party (PKK) terrorists since 1984, and more than 40,000 people have been killed in the fighting, focused in Turkey’s southeast.

In January, Turkey’s army and its Syrian rebel allies began a military offensive against the Kurdish YPG militia in Syria’s Afrin, bordering Hatay, and according to military sources, gained full control of the region last weekend.

Turkey regards the YPG as terrorists and an extension of the outlawed PKK. The European Union and United States designate the PKK a terrorist group but the YPG is a U.S. partner in the fight against Islamic State terrorists in Syria.