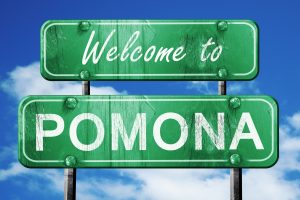 A judgment by a New York court has cleared the way for a kollel and student housing to move forward, a major step in ending a decade-long dispute between the Rabbinical College of Tartikov and the village of Pomona, which borders Monsey. The ruling builds upon a decision handed down this past December that found a series of laws that blocked the kollel’s ability even to begin the process of gaining approval for their project to be unconstitutional and based on an effort to discriminate against Orthodox Jews.

Paul Savad, one of the attorneys who has represented Tartikov in its long legal battle, said that the Judge’s order will prevent village officials from using procedural measures to delay his client’s efforts to build their long-planned campus.

“There are no limits officially on how long a hearing could take, so they could draw out the process for as long as they want; this [order] sets strict time limits and gives us a level playing field as we move forward,” he told Hamodia.

According to the Judgment handed down by Judge Kenneth Karas last week, Pomona must hold a hearing within 62 days of receiving Tartikov’s application, close the hearing within 60 days, and issue a decision within another 62 days. It also orders the village to pay for Tartikov’s legal fees, which Mr. Savad said could amount to over $2 million built up over years of litigation.

A request for comment to several village officials from Hamodia was not answered. Doris Ulman, an attorney who is representing Pomona, told The Journal News that her clients are in the process of filing an appeal to Judge Karas’ original ruling, and that “many errors” were made in both his earlier and recent decisions.

Contention over the 100-acre site at the intersection of Routes 306 and 202 — which now belongs to Tartikov — dates back to 1999 when Yeshivah of Spring Valley, which then owned the property, applied to build an enlarged school building on the land. Its application was held up for years and ultimately blocked by an ordinance that required schools to seek a special variance to build. The site was bought by the Rabbinical College of Tartikov in 2002; during the course of its attempts to gain permission to build, three more ordinances were passed, one specifically banning student-family housing.

In 2007, Tartikov sued Pomona with a legal team that brought together local attorneys and several specialists in religious land use and discrimination law, claiming that the four ordinances were all passed with the intent of deterring Orthodox Jews from moving in.

The Rabbinical College of Tartikov plans to build an advanced kollel designed to train dayanim in all four sections of Shulchan Aruch. The plans call for 250 units of family housing for students, and is slated to be led by Harav Mordechai Babad, Dayan of Monsey’s Mechon L’Horaah.

Mr. Savad said that upon entering the courtroom for a hearing early in the case, Judge Karas observed the Orthodox defendants on one side of the gallery and Pomona’s officials on the other and remarked, “So this is only a case about zoning?”

Attempts at mediation failed and the case was drawn out over several years. Four months ago, Judge Karas issued a decision finding that the four ordinances were indeed motivated by bias and had to be struck from the books. Now, his judgment lays out a clear path for the application to proceed.

Mr. Savad said that the case is unique in that it is a rare example of ordinances being ruled discriminatory based on context rather than on the text alone.

“This is a landmark decision,” said Mr. Savad. “The Judge said that even though the four laws are facially neutral, taken together they showed bias against Hasidic Jews…this is a decision that will help houses of worship of all faiths all over the country.”