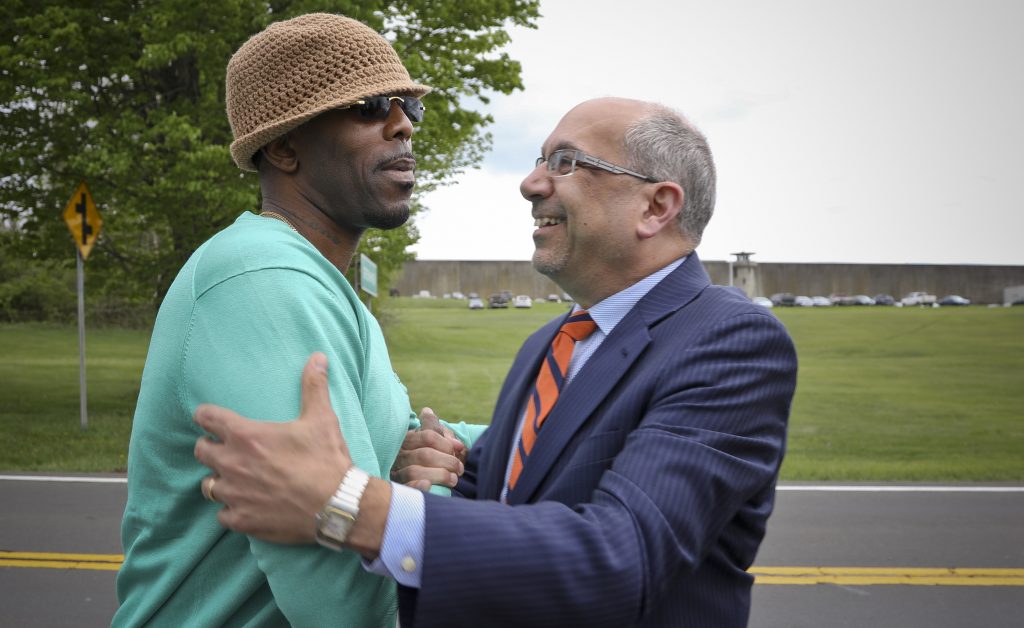 Prosecutors dropped charges Wednesday against a man who spent 22 years in prison for a double killing before new witnesses came forward and his conviction was overturned.

The decision came after a judge had already overturned Calvin Buari’s conviction and freed him in May. Newfound witnesses said Buari wasn’t the man who shot two men in a parked car on a Bronx corner in 1992.

The Bronx district attorney’s office initially pledged to appeal and retry the case if necessary, so Buari had remained under indictment until prosecutors abandoned the case Wednesday. Spokeswoman Patrice O’Shaughnessy said prosecutors determined they would be “unable to meet our burden of proof at trial.”

The case against Buari, 47, is about to be explored extensively in a podcast scheduled for release March 28.

Elijah and Salhaddin Harris, who were brothers, were shot to death as they ate a takeout dinner in their car Sept. 10, 1992.

Buari was an illegal substance distributor in the area, and authorities blamed him for a spasm of bloodshed there. Residents “had every reason to fear for their safety as long as he was free to roam the streets,” then-District Attorney Robert Johnson said after Buari was convicted in the Harris case in 1995. He was sentenced to 50 years to life in prison.

After Buari’s lawyers and family publicized his exoneration effort in recent years, new witnesses came forward. Two told a court last year they saw another man commit the shooting. A third said Buari was down the block when the gunfire started.

Since his release, Buari has started a business transporting inmates’ relatives to prison for visits, but the enduring criminal case had made job- and apartment-hunting difficult, Michelen said.

“Now he can not have this over his head and move on with his life,” the attorney said.