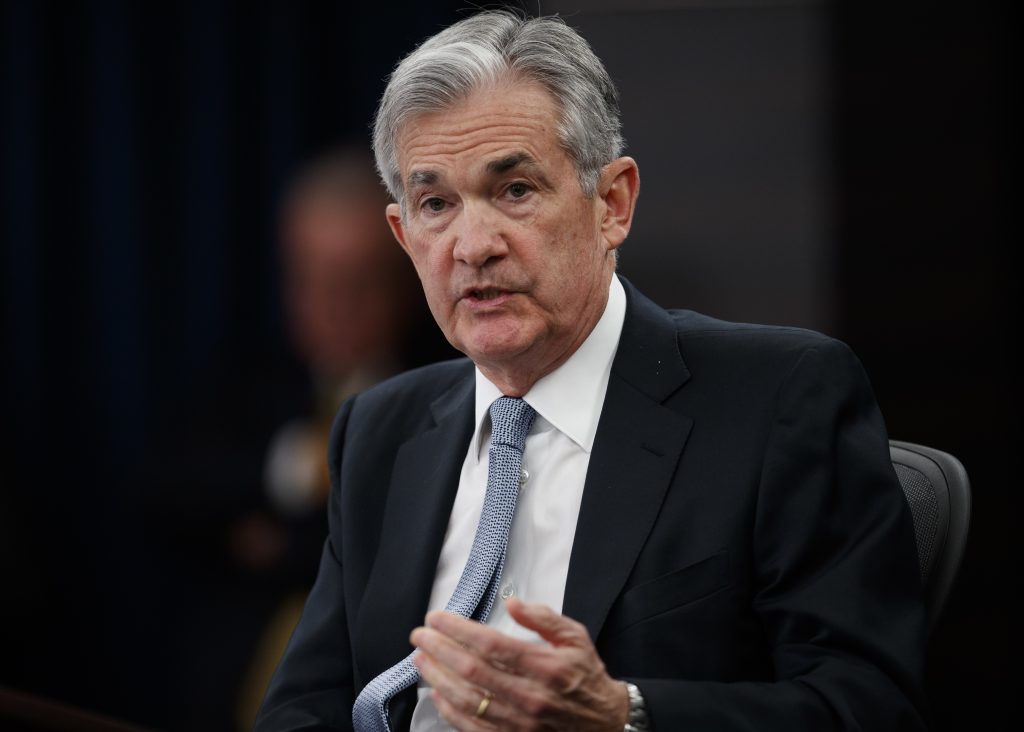 The Federal Reserve is raising its key interest rate and signaling confidence in the U.S. economy’s durability, but plans to continue a gradual approach to rate hikes for 2018 under its new chairman, Jerome Powell.

The Fed said it expects to raise rates twice more this year. At the same time, it increased its estimate for rate hikes in 2019 from two to three, reflecting more optimistic expectations for growth and low unemployment.

In a statement ending its latest policy meeting, the Fed boosted its key short-term rate Wednesday by a modest quarter-point to a still-low range of 1.5 percent to 1.75 percent. It also said it will keep shrinking its bond portfolio. The two moves mean that many consumers and businesses will face higher loan rates over time.

Taken together, the Fed’s actions and forecasts Wednesday suggest a belief that the economy remains sturdy even nearly nine years after the Great Recession ended.

The Fed’s latest rate hike marks its sixth since it began tightening credit in December 2015, after having kept its benchmark rate at a record low near zero for seven years to help nurture the economy’s recovery from the recession. Wednesday’s action was approved 8-0, with the Fed avoiding any dissents at the first meeting Powell has presided over as chairman since succeeding Janet Yellen last month.

Bond yields rose and stocks held on to much of their gains after the Fed’s announcement, which was widely expected. But by the time stock trading had ended, the Dow Jones industrial average was down modestly, and the yield on the 10-year Treasury note, a benchmark for mortgages and other loans, was up only slightly to 2.88.

Some investors had speculated that Powell might move to impose his mark on the central bank by signaling a faster pace of rate hikes for 2018. But the new economic forecast, which includes a median projection for the path of future increases, made no change to the December projection for three hikes this year.

If the Fed does stick with its new forecast for three rate increases this year and three in 2019, its key policy rate would stand at 3.4 percent after five years of credit tightening. Wednesday’s forecast put the Fed long-term rate — the point at which its policies are neither boosting the economy nor holding it back — at 2.9 percent.

At a news conference after the meeting, Powell said the Fed hasn’t lowered its forecasts for growth because of the Trump administration’s decision to impose tariffs on steel and aluminum imports. But he said the Fed’s regional bank presidents around the country have heard concerns from businesses about the consequences of the tariffs.

“Trade policy has become a concern going forward for that group,” the chairman said, referring to business leaders.

But among the Fed officials who met in Washington this week, Powell said, “there’s no thought that changes in trade policy should have any effect on the current outlook.”

Wednesday’s statement showed only minor changes from the text the Fed had issued in January after Yellen’s final meeting. The statement described economic activity as rising at a “moderate rate,” a slight downgrade from January, when the Fed described the economy as rising at a “solid rate.”

The statement did not mention the extra government stimulus that has been added since the Fed’s most recent economic forecast in the form of a $1.5 trillion tax cut and a budget agreement that will add $300 billion in government spending over two years.

But the Fed’s new forecast does envision somewhat stronger economic growth compared with its previous estimate: It raises the estimate to 2.7 percent growth this year, up from 2.5 percent in the December projection, and 2.4 percent in 2019, up from 2.1 percent. Those higher estimates may reflect the expected impact of the additional government spending.

The U.S. unemployment rate, now at a 17-year low of 4.1 percent, is expected to keep falling to 3.8 percent at the end of this year and 3.6 percent at the end of 2019, which would be the lowest rate in a half-century. The Fed expects inflation, which has run below its 2 percent target for six years, to stay at 1.9 percent this year and then rise to 2 percent in 2019.

A healthy job market and a steady if unspectacular economy have given the Fed the confidence to think the economy can withstand further increases within a still historically low range of borrowing rates.

The financial markets have been edgy for weeks, and Powell’s back-and-forth comments have been only one factor. A sharp rise in wage growth reported in the government’s January jobs report triggered fears that higher labor costs would lead to higher inflation and, ultimately, to higher interest rates. Stocks sank on the news. But subsequent reports on wages and inflation have been milder, and the markets appear to have stabilized.

The February jobs report pointed to an unusually robust labor market: Employers added 313,000 jobs, the largest monthly gain in 1½ years. The unemployment rate remained at a 17-year low of 4.1 percent.

Other measures of the economy, though, have been more sluggish. Consumer spending, for example, the economy’s primary fuel, has slowed. Some analysts also worry about the economic consequences of President Donald Trump’s proposed tariffs on imports, which risk triggering a trade war with other nations.