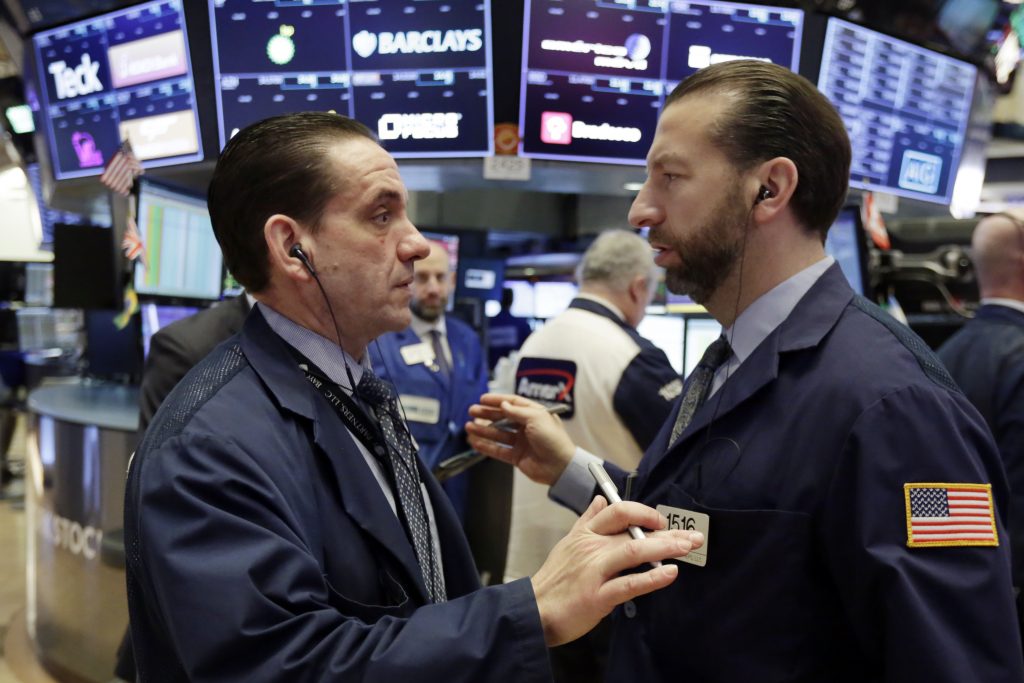 U.S. stocks are mixed Tuesday as energy companies climb with oil prices and banks move up along with interest rates. Facebook is dropping again following reports that the Federal Trade Commission will investigate its handling of user data and Oracle is plunging after releasing disappointing results and forecasts. Other sectors including retailers, and industrials are bouncing back from their losses a day earlier.

FED AHEAD: The Federal Reserve’s leaders began a two-day policy meeting that is expected to result in another interest rate increase on Wednesday. The Fed has said it expects to raise interest rates a total of three times this year, and one of the key debates on Wall Street is whether it will wind up increasing rates three times or four. The current meeting is the Fed’s first since Jerome Powell became chairman, and investors will be watching his comments at a press conference Wednesday afternoon.

Bond prices fell. The yield on the 10-year Treasury note rose to 2.87 percent from 2.85 percent. That sent interest rates higher, which allows banks to charge more money on loans.

FACEBOOK FALLS FURTHER: Facebook continued to skid as investors tried to assess the fallout from reports that Cambridge Analytica, a data mining firm working for President Donald Trump’s campaign, improperly obtained data on 50 million Facebook users without their permission. The company faces investigations in the U.K. and the U.S. According to reports, the Federal Trade Commission will investigate Facebook’s handling of user data and whether it violated the terms of a 2011 agreement with the agency.

Facebook stock lost $9.41, or 5.5 percent, to $163.16. Its stock is down almost 12 percent in the last two days. That’s the worst drop since July 2012, shortly after Facebook went public, and it knocked Facebook from its perch as the fifth most valuable publicly traded company in the U.S. Warren Buffett’s Berkshire Hathaway conglomerate, which owns insurance companies and railroads, among many others, moved ahead of Facebook.

REBOUNDING: Amazon recovered $29.66, or 1.9 percent, to $1,574.59; and Best Buy picked up $1.20, or 1.8 percent, to $69.73 after they dropped Monday. Industrial companies including Caterpillar recovered much of their losses as well. Some major technology companies including Apple, Microsoft and Nvidia moved higher after significant drops a day ago.

CLOUDY VISIONS: Investors were disappointed with Oracle’s third-quarter report. While the company announced a bigger profit than analysts expected, they were less impressed once items like lower tax rates and stock repurchases were excluded, and its sales were lower than Wall Street had forecast. The company’s forecast for the fourth quarter also came up short of estimates. The stock dropped $4.96, or 9.5 percent, to $46.99.