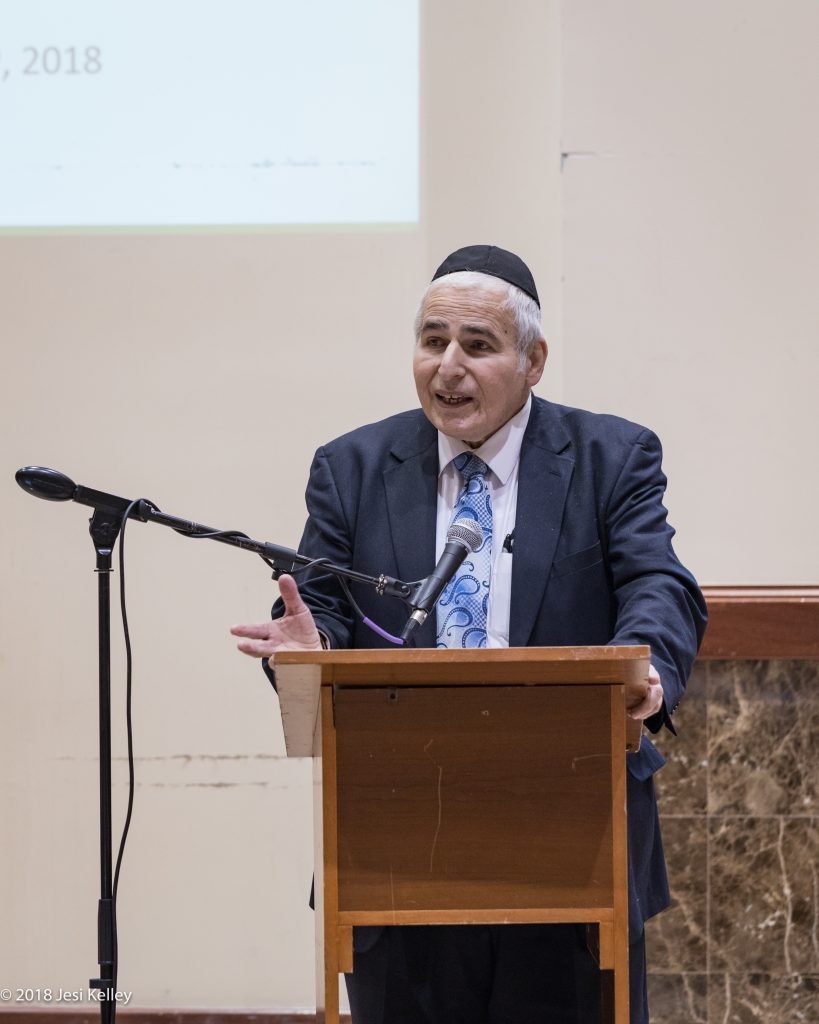 With a focus on improving communication between mosdos and the city officials who provide them transportation, the New York City Department of Education’s Office of Pupil Transportation (OPT) hosted its annual meetings with yeshivah coordinators on Tuesday morning.

Held at Yeshivah Toras Emes-Kamenentz in Flatbush, the gathering brought together the many parties that are involved in providing busing, including many OPT staff members, busing vendors, and account managers for yeshivos. Rabbi Moshe Ausfresser, chief account manager for the yeshivah community, led what was the 11th such meeting.

Rabbi Yosef Gelman, menahel of Masores Bais Yaakov in Flatbush, who was guest speaker at the event, said that he had come to express not only his personal appreciation to OPT for their dedication to facilitating the transportation of thousands of students in Jewish schools around the city, but the appreciation of all who have a role in running mosdos.

“All of us realize that none of the things that we do for our schools can start without OPT to help us get the children there,” he said.

After detailing the level of involvement that OPT officials take in servicing schools, Rabbi Gelman went on to relate a story about a poor mother in pre-war Europe who was faced with the challenge of bringing her three young children to school in a snowstorm with only one pair of boots to share among them. She brought them one at a time, walking back home with the boots after each trip to the local cheder. After the first two trips, she returned home exhausted and began to question whether she would make the trek a third time for her youngest child. Ultimately she did, and that child grew up to be Harav Yosef Shlomo Kahaneman, zt”l, the Ponevezher Rav.

“You are doing G-d’s work, and we greatly appreciate it,” Rabbi Gelman told the crowd.

The gathering was also addressed by Rabbi Ausfresser and by Ms. Alexandra Robinson, Executive Director of OPT, who spoke of the long hours put in by the department to coordinate the massive operation that manages the transportation of all of New York’s students.

Before the event, Rabbi Ausfresser emphasized to Hamodia the tremendous importance of maintainng clear communication between school administrators and the city agencies that support them, and for OPT staff to be familiar with those issues relevant to providing transportation to yeshivos. This meeting was designed to facilitate both goals.

“There is a lot of turnover in the offices that deal with yeshivos, and without regular communication, service can suffer,” he said. “By bringing everybody together under one roof and getting people to know the routers and vendors they deal with every day, we build relationships that help the yeshivos and the city alike.”

Despite a department policy not to service special trips during the first month of school, an exception was made for yeshivos, and this past year 18,000 students in the city were transported to locations around the city to recite Tashlich. He also noted that although field trips are usually only offered early in the day, times are often shifted later for yeshivos, as most menahalim do not wish to interrupt limudei kodesh.

A meeting that will be held in the coming weeks will also bring together a similar group of stakeholders to discuss transportation for special-education students in Jewish schools.

One yeshivah administrator told Hamodia that the service Rabbi Ausfresser and his office provides speaks for itself.

“It’s the only city agency that picks up its phones and returns emails within an hour, and who comes down to your school personally to see what they can do for us,” he said.