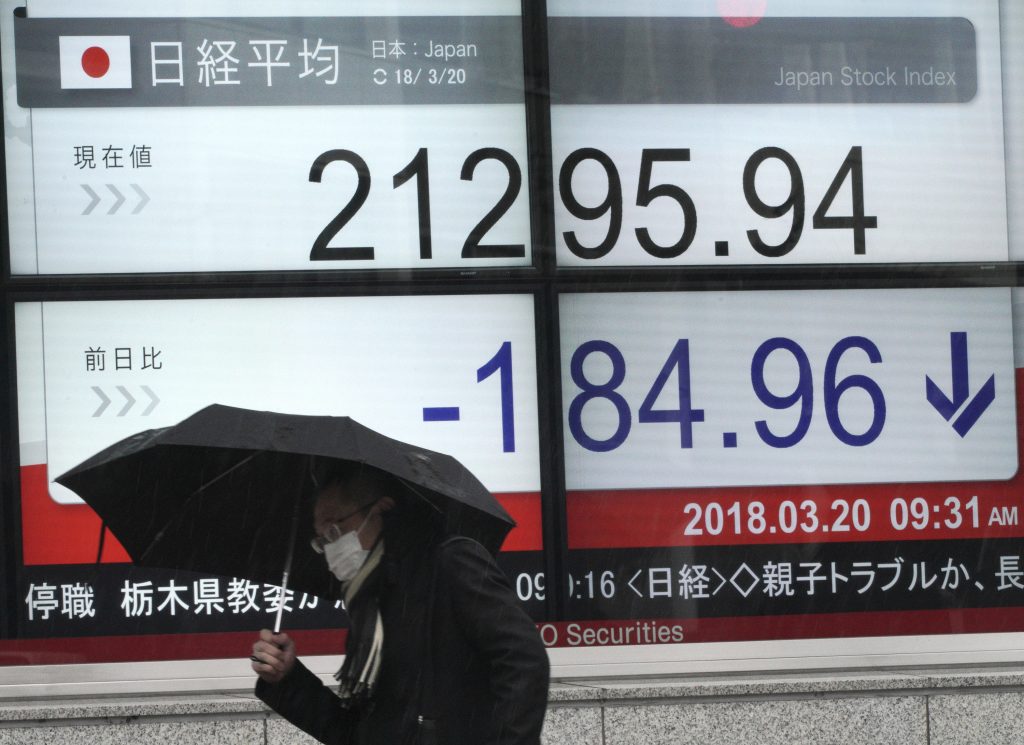 Asian shares were mixed Tuesday as some indexes recouped earlier losses set off by an overnight decline on Wall Street. Investors are awaiting the first Federal Reserve meeting under the new chairman, Jerome Powell, and anticipating the first rate increase of the year.

The technology rout on Wall Street on Monday was set off by Facebook’s worst loss in four years. The social media giant’s plunge followed reports that Cambridge Analytica, a data mining firm working for President Donald Trump’s campaign, improperly obtained data on 50 million Facebook users without their permission. Legislators in the U.S. and Europe criticized Facebook, and investors are wondering if companies like Facebook and Alphabet will face tighter regulation.

The U.S. Federal Reserve’s first meeting under Jerome Powell’s leadership ends later this week, likely with an announcement that the Fed will resume modest interest-rate hikes. A healthy U.S. job market and a relatively steady economy have given the Fed the confidence to think the economy can withstand further increases. And the financial markets have been edgy for weeks.