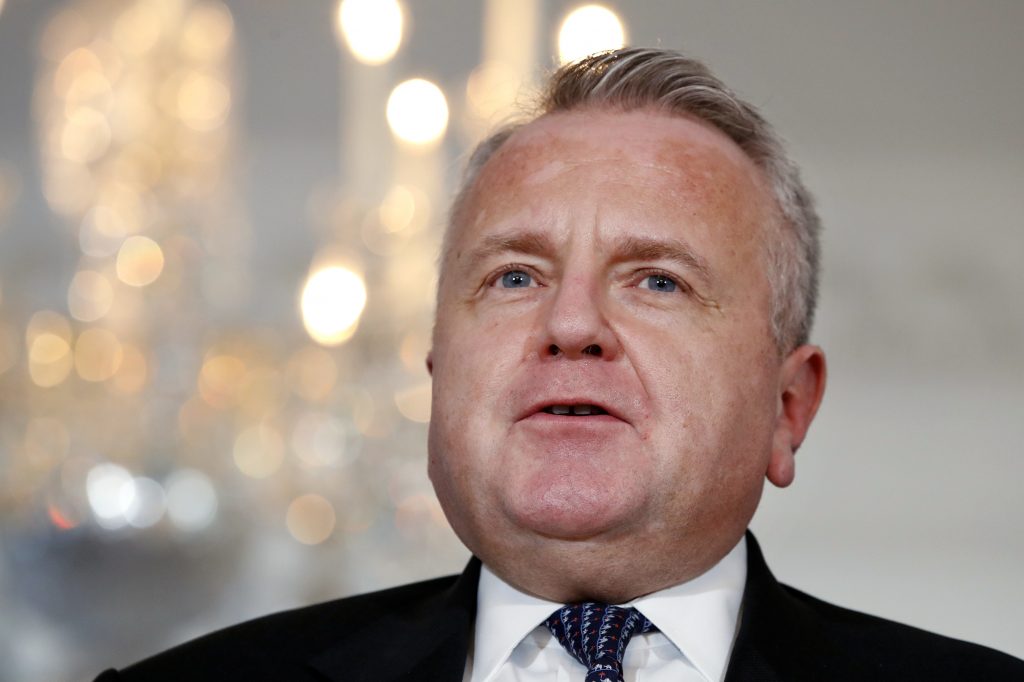 Top U.S., South Korean and Japanese officials discussed how to achieve the denuclearization of the Korean Peninsula during weekend talks ahead of upcoming inter-Korean and U.S.-North Korean summits, Seoul said Monday.

Pres. Trump then agreed to meet Kim by the end of May, but North Korea has yet to confirm talks with the U.S.

The developments have raised hopes for a potential breakthrough in the North Korean nuclear crisis. But many experts say tensions would flare again if the summits fail to make any progress and leave the nuclear issue with few diplomatic options.

U.S. National Security Adviser H.R. McMaster met his South Korean and Japanese counterparts, Chung Eui-yong and Shotaro Yachi, in San Francisco for talks over the weekend on denuclearization and the summits, South Korea’s presidential office said in a statement.

They agreed to maintain close trilateral cooperation in the next several weeks, and shared a view that it’s important not to repeat past mistakes, the statement said. It didn’t elaborate but likely refers to criticism that North Korea previously used disarmament negotiations as a way to ease outside pressure and win aid while all along secretly pressing its weapons development.

Appearing on CBS’s “Face the Nation” aired Sunday, South Korean Foreign Minister Kang Kyung-wha said Kim had “given his word” that he was committed to denuclearization.

“He’s given his word. But the significance of his word is — is quite — quite weighty in the sense that this is the first time that the words came directly from the North Korean supreme leader himself, and that has never been done before,” she said.

Kim’s willingness to negotiate over his nuclear program is a step forward, but many experts remain skeptical about how sincere he is about giving up a nuclear program that his country has built for decades despite toughening international sanctions.

Chung, who headed a high-level delegation to Pyongyang and met Kim during his March 5-6 trip, says North Korea told his delegation it won’t need to keep its nuclear weapons if military threats against it are removed and it receives a credible security guarantee. The North has long maintained such a stance, saying it won’t abandon its nuclear weapons unless the United States pulls out its troops from South Korea and Japan and stops regular military drills with South Korea that it views as an invasion rehearsal.