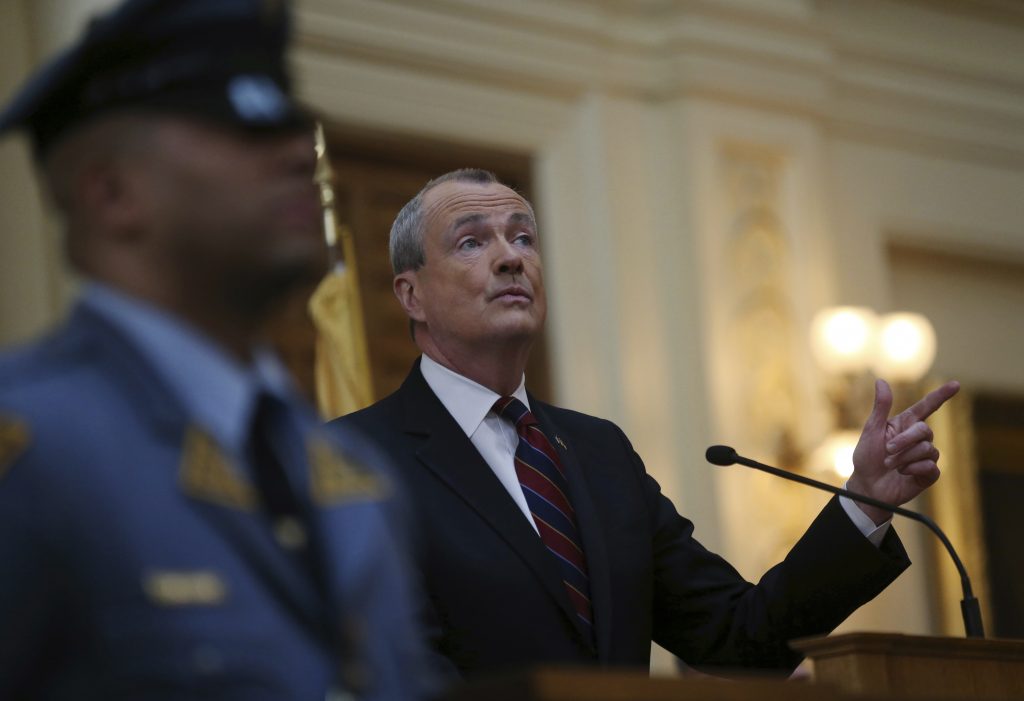 Nervous Democrats are telling New Jersey residents that despite Gov. Phil Murphy’s budget proposal to sharply raise taxes and increase spending, nothing is certain yet.

Murphy, a Democrat, unveiled the $37.4 billion spending blueprint Tuesday and defended it Wednesday during a radio call-in show on WNYC.

The plan increases spending on education and the pension payment and finances the increases by raising income taxes on millionaires and hiking the sales tax.

The proposal reflects what Murphy campaigned on, backed by the Democrat establishment. But the Democrat-led Legislature was tepid in response, particularly on raising the income tax rate from 8.97 percent to 10.75 percent on incomes over $1 million.

“I think it’s irresponsible for us to make a kneejerk reaction to any one proposal from a revenue standpoint without knowing its implications,” said Assembly Majority Leader Louis Greenwald.

The Democratic Senate president and the Assembly speaker addressed the proposal in statements, rather than in person, a departure from previous years. Far from embracing his proposals, they promised to review it.

Murphy on Wednesday seemed to dismiss attacks on the budget from Republicans, who said he was a retread of former Democratic Gov. Jim Florio, who raised taxes and lost re-election. “I am not here worrying about my next election,” Murphy said. “I got elected to do what’s right in New Jersey.”

Senate President Steve Sweeney is reluctant to impose a millionaire’s tax because of the new federal tax law, which caps state and local tax deductions. They’re a big factor in high-property-tax New Jersey where two-fifths of tax filers deducted those taxes.

Assembly Speaker Craig Coughlin has kicked off his speakership by saying he wants to focus on hunger and poverty issues. Layered on top of that is New Jersey’s status as among the costliest states to live in.

Murphy argues his millionaire’s tax targets the wealthy who can afford to pay while the sales tax change from 6.625 percent to 7 percent would likely be imperceptible for most residents.

Murphy said he sees the tax and spending increases as restoring New Jersey’s “value,” which he views as having declined over eight years of Christie’s fiscal control.

The budget will now wind its way through the Legislature ahead of a June 30 deadline to enact a balanced spending plan.