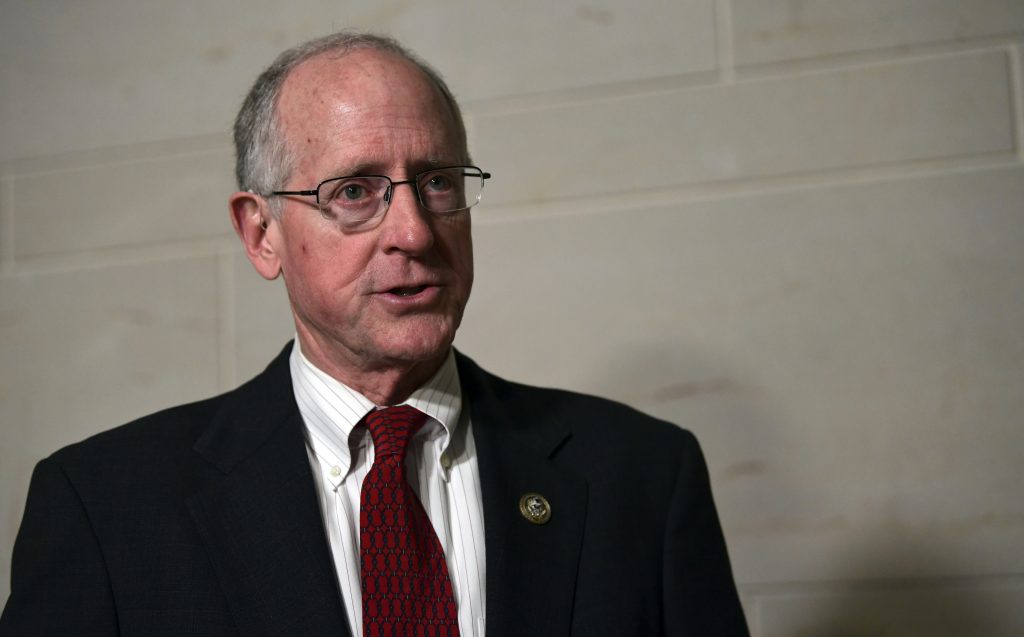 House Intelligence Committee Republicans have completed a draft report in their year-long Russia probe that states they found no evidence President Donald Trump or anyone affiliated with him colluded with Russian officials to affect the outcome of the 2016 election, a conclusion expected to incite backlash from Democrats.

Republicans also determined that while the Russian government did pursue “active measures” to interfere in the election, it did not do so with the intention of helping Trump’s campaign, contradicting the U.S. intelligence community’s findings.

“We’ve found no evidence of collusion,” Rep. Michael Conaway, R-Texas, who oversees the Russia probe, said Monday. He noted that the worst they had uncovered was “perhaps some bad judgment, inappropriate meetings, inappropriate judgment at taking meetings” – such as a June 2016 meeting with a Russian lawyer in Trump Tower, which Conaway said “shouldn’t have happened, no doubt about that.”

“But only Tom Clancy or Vince Flynn or someone else like that could take this series of inadvertent contacts with each other, meetings, whatever and weave that into some sort of a fiction, page turner spy thriller,” Conaway said. “We’re not dealing in fiction, we’re dealing in facts and we found no evidence of any collusion.”

The GOP’s conclusion comes as Special Counsel Robert Mueller’s probe is ramping up its investigation of the Trump team’s alleged effort to coordinate activities with Russian officials, even gathering evidence that an early 2017 meeting in they Seychelles was an effort to establish a backchannel to the Kremlin.

It also contradicts the preliminary findings of committee Democrats like ranking member Adam Schiff, D-Calif., who told reporters last month that based on what he had seen, there was “ample evidence” of collusion between Russia and the Trump campaign.

Committee Democrats have also clamored for the panel to issue several subpoenas for witnesses who either have ignored the committee’s requests to appear or given incomplete answers during their interviews with the panel.

Democrats have also warned Republicans against shutting down the panel investigation before Mueller’s investigation is completed.

But Conaway dismissed the idea of keeping the investigation over any longer, telling reporters that if Democrats expected him to “sit around and wait with the expectation that something might happen,” his answer was “no.”

He also argued against using subpoenas or stronger measures – such as contempt citations – to compel any more testimony from witnesses who have appeared before the panel but refused to answer questions related to their time in the administration, arguing that Trump might eventually want to invoke executive privilege.

“You use subpoenas when you think you can actually get something from them, and we’re not particularly confident that the subpoena process will get us any more information that we had,” Conaway said Monday. “We’ve interviewed everyone we think we need to interview.”

Democrats were not part of the drafting of the GOP’s report, and were not presented with a copy of the findings before Conaway addressed the press. Conaway told reporters that he would give committee Democrats the report on Tuesday for their comments, suggestions and proposed changes, which he would take under advisement before presenting it to the intelligence community for redactions. He said that the report would likely not be released to the public before April.