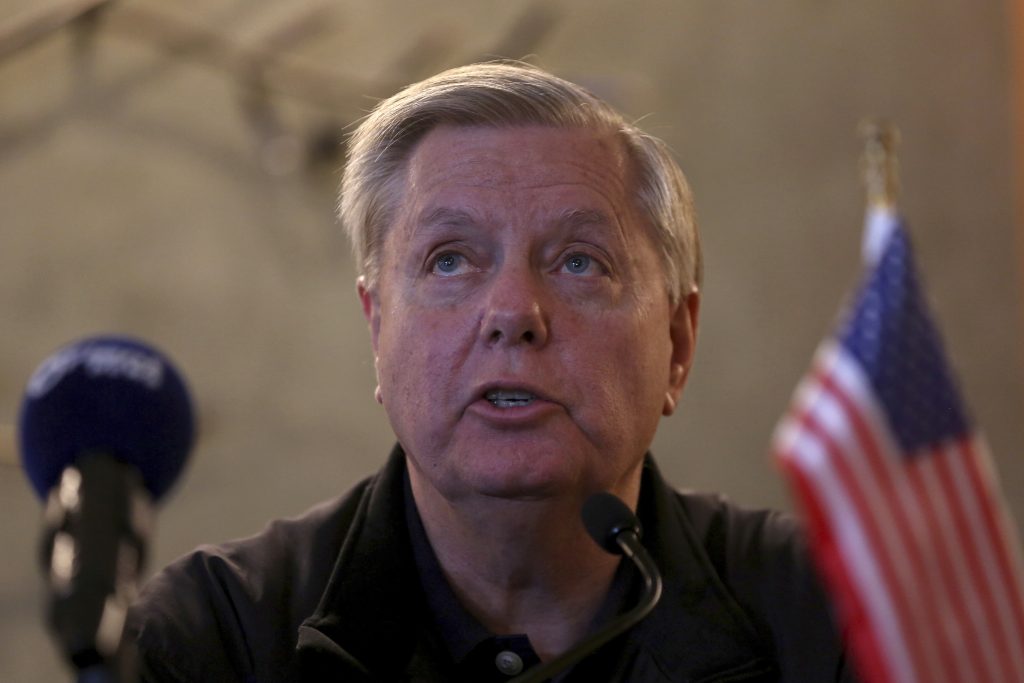 Members of Congress were cautious in response to the news that President Donald Trump will meet with North Korean leader Kim Jong Un to discuss North Korea’s nuclear program.

Sen. Lindsey Graham, a hawkish Republican who went from being a major Trump critic to ally, said Trump’s “strong stand” against the regime gives the United States the best opportunity for peace.

“A word of warning to North Korean President Kim Jong Un — the worst possible thing you can do is meet with President Trump in person and try to play him,” Graham said in a statement. “If you do that, it will be the end of you — and your regime.”

Indiana Rep. Luke Messer, one of the Republicans running to challenge Sen. Joe Donnelly, wrote in a statement that if there is a breakthrough, Trump would deserve the Nobel Peace Prize.

“If this happens, it would be a direct result of President Trump’s strong leadership and decisive action toward the brutal North Korean tyrant,” he said, contrasting that with Trump’s predecessor.

But other Republicans expressed more caution and urged Trump to have certain terms and conditions.

“The price of admission for a meeting between @POTUS and Kim Jong Un must be the complete, verifiable, and irreversible denuclearization of the Korean peninsula,” said Sen. Cory Gardner of Colorado.

Sen. James Lankford of Oklahoma, who earlier sent a letter with Gardner to continue pressure on North Korea, said he would “welcome any conversations that could lead to denuclearization.”

“I’m also acutely aware that North Korea has deceived the international community in the past,” he tweeted.

Senate Foreign Relations Committee Chairman Bob Corker, who clashed with Trump in the past, credited sanctions put in place by Congress with bringing North Korea to the table.

“As the administration begins to work through the important details of such a meeting, we must continue to apply maximum pressure to the regime in Pyongyang. Skepticism and caution are critical as these discussions continue,” Corker tweeted.

“The President must abandon his penchant for unscripted remarks and bombastic rhetoric to avoid derailing this significant opportunity for progress,” he said.

But Rep. Rick Larsen, a Democrat from Washington, was more cynical, reacting to former Obama speechwriter Jon Favreau’s assertion that Trump hasn’t made any deals as president.

“Hasn’t made a single deal as President. Not one,” Favreau tweeted.

“Will not end well,” Larsen replied.