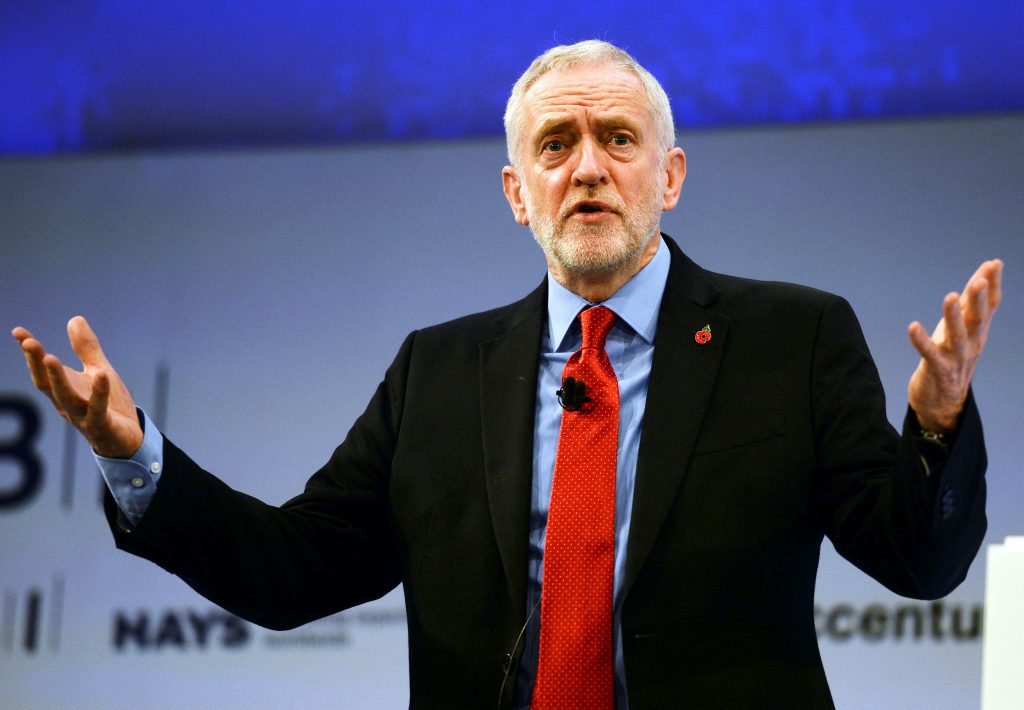 Several Labour party members were suspended when their membership in the closed website was disclosed in a 280-page report released Wednesday by researcher David Collier.

Corbyn reportedly belonged to the Palestine Live group for a year or more, but he denied knowledge of its offensive content, as well as links to Holocaust denial and other anti-Jewish sources.

Corbyn claimed that he had not seen the anti-Semitic posts. “Had I seen it, of course, I would have challenged it straight away, but I actually don’t spend all my time reading social media,” he said.

“I have never trawled through the whole group. I have never read all the messages on it. I have removed myself from it,” he told the Press Association. “Obviously, any anti-Semitic comment is wrong. Any anti-Semitism in any form is wrong.”

On Wednesday, when Corbyn’s membership was revealed, his spokesman said he would “take whatever necessary action to stamp [anti-Semitism] out in the Labour party.”

“I don’t think anyone is suggesting that anything that Jeremy has written in any [this] group or anywhere else constitutes anti-Semitic comments,” he said. “As I understand it, there were thousands of members of this group. As anyone knows, in social media all sorts of things are posted which often others participating aren’t even aware of.

Corbyn said his posts were limited to some replies, including “a suggestion on the vote on recognizing Palestine, which I supported, and inviting a doctor to speak at an event.”

Neverthless, the Labour leader came under fire by critics who are unwilling to accept his claims of innocence.

Jennifer Gerber, the director of Labour Friends of Israel, issued a condemnation, saying:

“That Jeremy Corbyn was a member of a [website] group frequented by anti-Semites, Holocaust deniers and Israel-hating conspiracy theorists is both appalling and utterly unsurprising. We have long known about the kind of company that he keeps, and this is simply further confirmation of a deeply disturbing pattern of behavior,” said Gerber.

“Mr. Corbyn has repeatedly failed to apologize to the Jewish community and to recognize the hurt caused by his past actions and associations. Now would be a good time for him to do so,” she said.

Joseph D. Glasman, of the Campaign Against Antisemitism, said: “There is no conceivable justification for Jeremy Corbyn’s participation in this group. One of Mr. Corbyn’s slogans is ‘standing up, not standing by,’ but in this case he has not stood up but instead he actively joined in,” said Glasman.