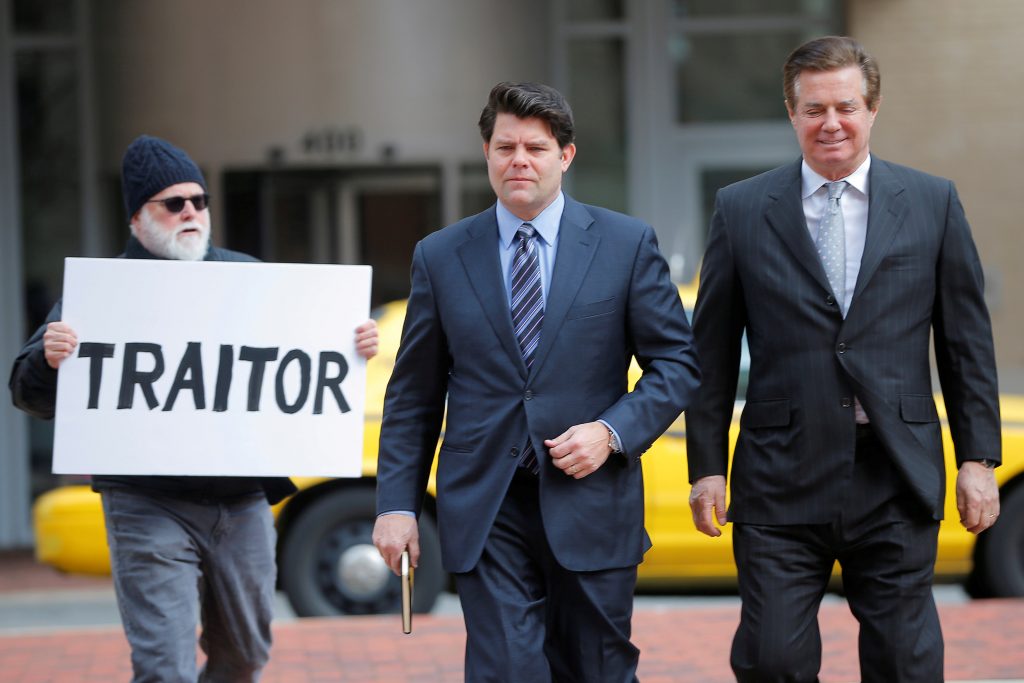 President Donald Trump’s former campaign manager pleaded not guilty to tax and fraud charges in federal court in Virginia on Thursday, as he appeared before a judge in the second criminal case brought against him by the special counsel investigating Russian interference in the 2016 election.

Paul Manafort last week also pleaded not guilty in a related case in Washington, D.C., where he is set to go to trial Sept. 17. Manafort lives in Virginia and was indicted there in February.

During the Thursday hearing in U.S. District Court in Alexandria, a trial date was set for July 10. It is expected to last eight to 10 days.

Manafort’s former business partner, Rick Gates, pleaded guilty in D.C. to conspiracy and lying to the FBI. At the request of prosecutors, charges have been dropped against Gates in Virginia, though they could be resurrected should he fail to live up to his plea agreement.

That agreement requires him to offer information on any matters that special counsel Robert Mueller deems relevant.

In Washington, he faces counts of conspiracy to launder more than $30 million, making false statements, failing to follow lobbying disclosure laws and working as an unregistered foreign agent.

Manafort also faces bank fraud charges in Virginia not directly related to his work in Ukraine. After his business there dried up, according to prosecutors, Manafort fraudulently secured over $20 million in loans in part by using his real estate as collateral.

Manafort is innocent of the Virginia charges, his spokesman Jason Maloni said in a statement after the indictment was announced.

“The new allegations against Mr. Manafort, once again, have nothing to do with Russia and 2016 election interference/collusion,” the statement said. “Mr. Manafort is confident that he will be acquitted and violations of his constitutional rights will be remedied.”

If convicted of bank fraud in Virginia, Manafort faces up to 270 years in prison, but prosecutors say federal sentencing guidelines call for much less time: four to five years. He faces up to 15 years on the charges of filing false tax returns and up to 20 years on the charges of failing to report foreign bank accounts. Guidelines call for about eight to 10 years, though.

Manafort had been set to appear in Virginia this past Friday, but that hearing was delayed because of a severe windstorm in the D.C. area that closed government buildings.