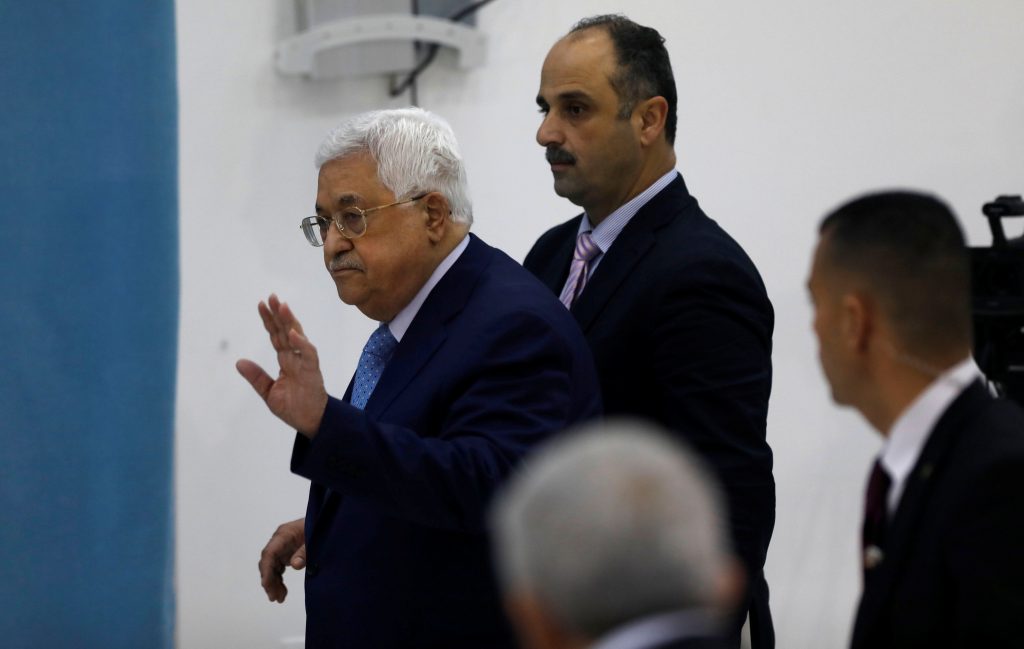 Amid speculation about the health of 82-year-old Palestinian Authority President Mahmoud Abbas, the Fatah Central Committee has designated a successor, according to Yisrael Hayom.

In the event that Pres. Abbas can no longer carry out his duties, his deputy Mahmoud al-Aloul will take his place as “acting president…for a period of three months until elections can be held,” Fatah said in a statement from Ramallah.

According to senior Fatah officials, the committee also amended Palestinian law to facilitate the transfer of Abbas’ presidential powers to his deputy if it becomes necessary.

Pres. Abbas was hospitalized in the U.S. during a recent visit, sparking a flurry of media reports quoting unnamed medical officials saying Abbas was suffering from stomach cancer. The official PA statement at the time denied this, saying he was in Johns Hopkins in Baltimore for “routine checks.”

Last week, the Palestinian leader reportedly told a Fatah gathering that he does not intend to end his life as a “traitor,” a reference to his refusal to meet with U.S. officials or consider the developing peace plan since President Donald Trump’s Dec. 6 declaration of Yerushalayim as the capital of Israel.

At Pres. Abbas’ request, the PA television and radio stations did not carry live broadcasts of his speech, which is usually routine. No official reason was given for the blackout, but it too contributed to the discussion about his health, an indication that he did not want to be seen looking ill.