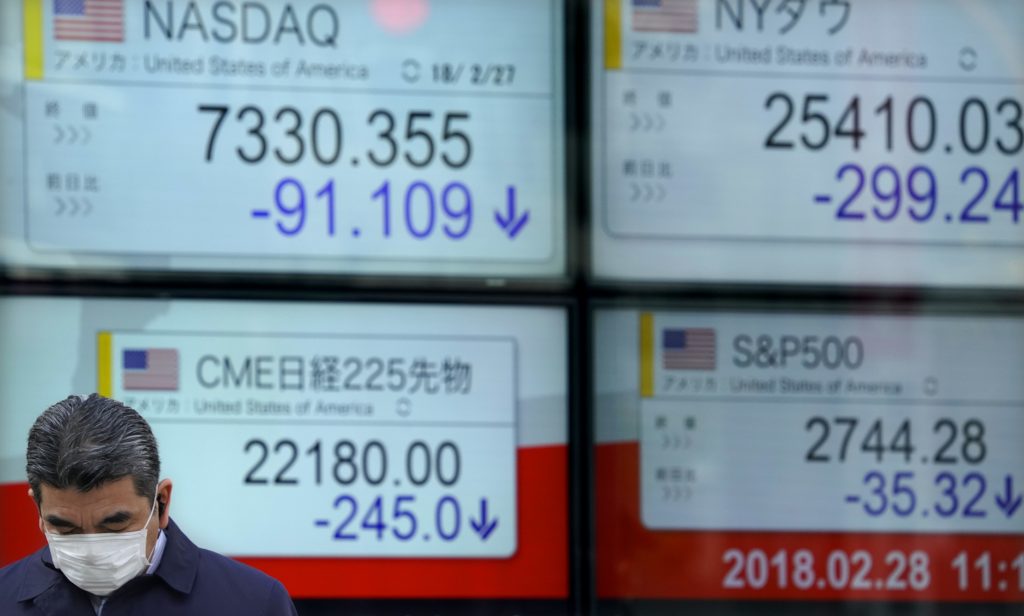 Asian shares slid in subdued trading Wednesday after the head of the U.S. Federal Reserve said that he’s feeling more optimistic about the economy.

Testimony by Fed Chairman Jerome Powell before Congress was highly anticipated, and he gave encouraging words about the economic data that have arrived in recent weeks. But some investors speculated they could mean the central bank will get more aggressive in raising interest rates. The Fed raised its key policy interest rate three times last year and has signaled another three increases may be coming this year.

“While the majority of Fed chair Jerome Powell’s testimony had been within the market’s expectations, the strengthened ‘personal outlook’ from the Fed chair had certainly inspired bets for further hikes. U.S. markets responded in kind, providing weak leads for Asian equities into the end of the month,” said Jingyi Pan, market strategist at IG in Singapore.