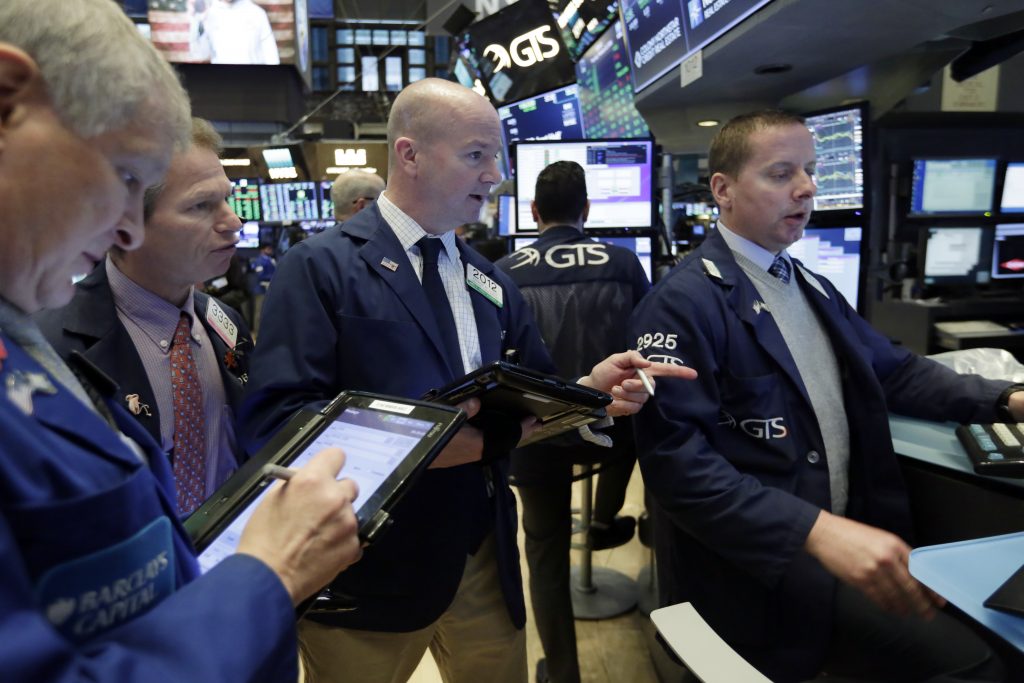 U.S. stocks were moving broadly higher Thursday after a two-day losing streak. Technology and industrials stocks accounted for a big slice of the rally. Energy companies rose as crude oil prices recovered from an early slide. Bond yields declined after spiking to four-year highs a day earlier amid rekindled fears of higher inflation and interest rates.

BONDS WATCH: Bond prices rose. The yield on the 10-year Treasury fell to 2.91 percent from a day earlier, when it climbed to 2.95 percent, the highest level since January 2014. The spike in bond yields came after the Federal Reserve’s minutes from its January policy meeting showed bullish sentiment among policymakers, confirming their intention to raise interest rates this year.

Higher yields generally hurt stock prices by making bonds more appealing to investors. They also make it more expensive for people and companies to borrow money. Earlier this month, global stock markets, particularly those in the U.S., suffered big losses amid mounting concerns over the pace of inflation and Fed policy tightening.

INDUSTRIALS FAVORED: Shares in industrials companies rose. United Technologies was one of the big gainers a day after the CEO said the company is looking into the possibility of splitting up the industrial conglomerate into three separate businesses. The stock picked up $4.84, or 3.7 percent, to $134.10.