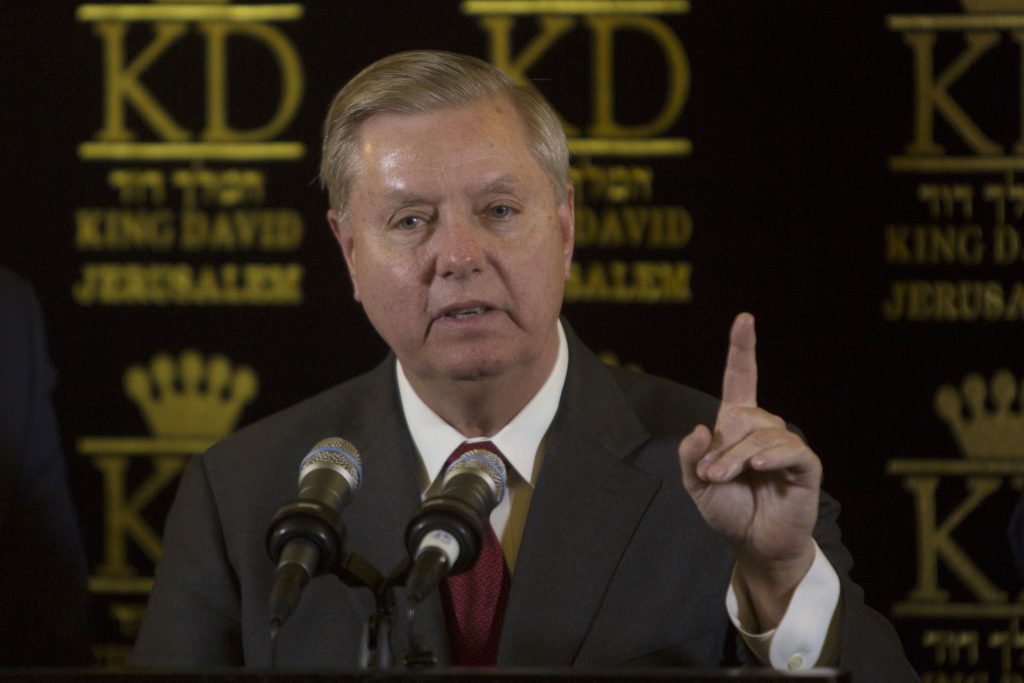 Senator Lindsey Graham (R-South Carolina) declared on Thursday after a meeting with Israeli Prime Minister Binyamin Netanyahu that the United States should hold Iran, not only Hezbollah, responsible for any missile offensive against Israel from southern Lebanon, The Jerusalem Post reported.

Graham, who met with Netanyahu along with a bipartisan delegation of six other senators, castigated UNIFIL for having been a “miserable failure” in preventing a massive military buildup by Iranian proxy Hezbollah.

He further compared any future missile attack from Lebanese territory to President John F. Kennedy’s warning that he he would hold the Soviet Union responsible for any attack on the U.S. from Cuba during the 1962 Cuban missile crisis.

Graham said he intends to go back to Congress and urge it allocate more funds for Israel’s missile defense.

“It is time for the American Congress to give more to Israel, not less,” he said, adding that no country provides more in terms of intelligence to the U.S. than Israel.

A statement released by the prime minister’s office said that he “thanked the Senators and Representatives for the American support for Israel and welcomed President Trump’s decision to implement the law recognizing Jerusalem as the capital of the State of Israel. He added that bilateral relations were closer than ever.”

In the press conference following their meeting, Graham alluded to ongoing legal onslaught on Netanyahu and the contention made by some that he cannot lead the country and fight his legal battles at the same time.

On the contrary, said Graham, he found the prime minister to be “very engaged,” and someone who has not “taken his eye off the ball regarding security issues.”