Orthodox Therapist Sues City over Discrimination at a Public School 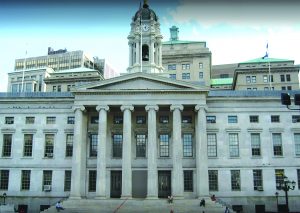 When Ilene Klass returned from spending Pesach in Florida and checked into her job at a Brooklyn public school two hours late, she most likely did not expect her tardiness would lead to a discrimination law suit against the City of New York. But after the lateness triggered what she claims was a string of undeserved disciplinary actions that threatened her career as well as her shmiras Shabbos, Mrs. Klass opted to take legal action against her long-time employer.

“For an extended period of time…she was subjected to continuous bullying, harassment, religious discrimination and retaliation from her employers or their agents due to the fact that she is an Orthodox Jew,” reads the suit which names, the city, the Department of Education (DOE), and school Principal Sungmin Yoo as defendants.

Since 2006, Mrs. Klass has worked as an occupational therapist at P.S. 312 in the Bergen Beach section of Brooklyn, and according to the suit had a “perfect record” until last spring.

Last year, she traveled together with her family to Florida to spend Pesach with her elderly, ailing father. Before leaving work, Mrs. Klass requested to take off the day after Pesach as well, saying that it would be exceedingly difficult to return the next day on time since no flights left the area for New York with enough time after the end of Yom Tov for her to make it to the airport. Mrs. Yoo denied her request, saying that since school had been closed the day before for spring recess, policy could not allow another consecutive day to be taken. When Mrs. Klass reiterated her difficulty and said that even the earliest flight the next morning would not get her back for her regular start time, the principal allegedly responded, “Better to come late than not to come at all.”

The suit claims that Mrs. Klass took the earliest flight available at considerable additional expense and flew without her family, clocking in to work at the school at 10 a.m. A little more than a week later, Mrs. Yoo informed the therapist that she had been written up for “professional misconduct” and “insubordination” as a result of the lateness.

“This could jeopardize her career; she could lose her OT license for this write-up,” Joseph Aron, Mrs. Klass’ attorney, told Hamodia. “No one with a perfect record has ever been written up by the DOE for coming two hours late.”

Shortly after the incidnet, the school reveiwed Mrs. Klass’ working hours, and her Friday end time was changed to 3:25 p.m., which the brief claims was orchestrated intentionally to “frustrate her Shabbos observance.” When Mrs. Klass told Mrs. Yoo that the schedule adjustment made it difficult for her to return home in time for Shabbos during the winter months, the principal responded by warning her that she “would never want to have to write you up for professional misconduct or theft of services.”

The suit also details several other incidents of what it labels “harrasment,” claiming they were done in retaliation for requests by Mrs. Klass for legally protected “accommodation” of her religious needs. It also says that the therapist is the school’s only Orthodox employee, and that other staff members who did similar things for secular reasons were not subjected to the same treatment as a result.

A move by the city and other defendants to have the charges leveled against them dismissed was denied on four out of the five counts, but Judge Reginald Boddie struck down one count that alleged “defamation and intentional infliction of emotional distress,” saying that the city is immune from torts of this nature. The case will now proceed on the other four points.

A request to the DOE by Hamodia for comment on the case was not returned.

Dennis Rapps, Director of the National Jewish Commission on Law and Public Affairs (COLPA), told Hamodia that the school’s actions bespeak some type of animus.

“They [defendants] are not saying that [Mrs. Klass’s presence] was critical during those two hours and that they had no way to accommodate her, they seem to be writing a book as to why they are culpable,” he said. “It certainly seems that the supervisor didn’t like her or didn’t like the idea of giving an accommodation.”

Mr. Aron said that the case is a rare test of the obligation of employers not only to provide reasonable accommodation for observance itself, but also to allow for travel time as the situation demands.

“It could be very applicable to a lot of people. Say someone who lives in Lakewood gets a job in New York, and the boss says that he can leave early on Friday, but only at the same time that the local frum people in the office do; ultimately this case brings that to the fore,” he said.

Mr. Rapps said that decades ago, cases of employers letting Orthodox employees leave on Fridays only minutes before Shabbos were quite common, but that over time more realistic accommodation has become more accepted.

“That’s what accommodation means, taking the needs of the employee as they are,” he said. “Here it’s even worse, because the whole to-do is only over a one-time event. It certainly seems that she has a good case to me.”

This article appeared in print on page 46 of the February 21st, 2018 edition of Hamodia.