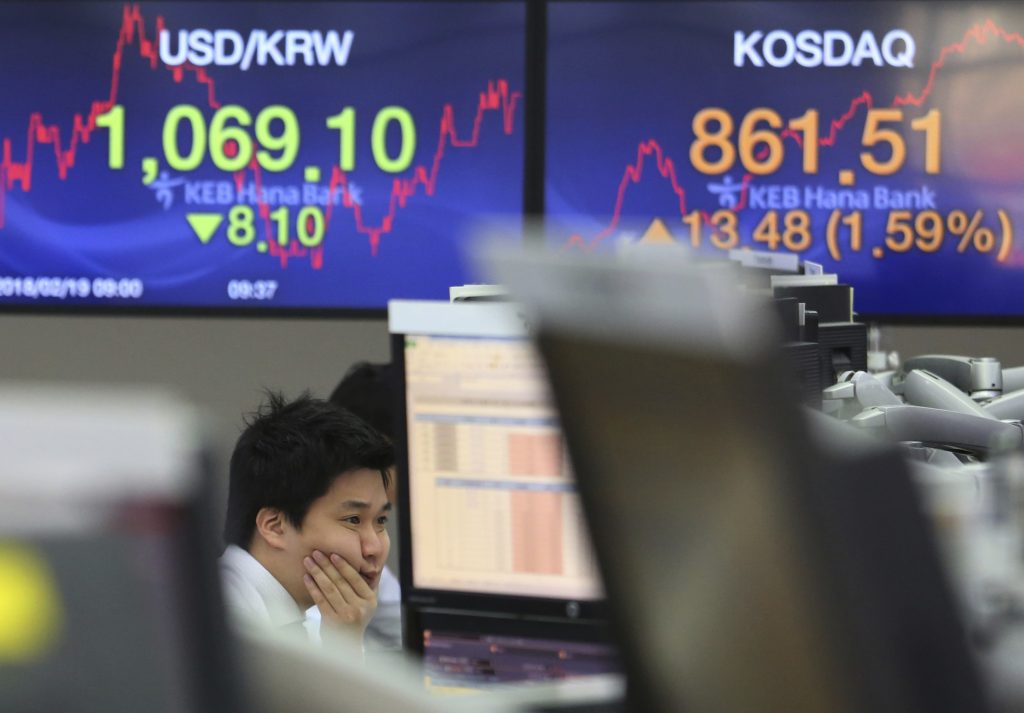 Japan’s Nikkei 225 jumped 2 percent to 22,149.21. The Tokyo benchmark was just 2.7-percent lower than the year’s start, recouping much of its losses earlier this month during a global rout. South Korea’s Kospi advanced 0.9 percent to 2,442.82. Australia’s S&P/ASX 200 rose 0.6 percent to 5,941.60. Stocks in Singapore and other Southeast Asian countries were also higher. Chinese markets were closed for Lunar New Year.

“For the most part, Asia markets look to take after the positive U.S. lead and edge higher alongside U.S. futures this Monday,” said Jingyi Pan, a market strategist at IG in Singapore. “The buoyant atmosphere does lay to rest some of the jitters that had accumulated within the markets and helped to reinject some of the positive sentiment into the riskier emerging Asian assets.”

Bank of Japan Governor Haruhiko Kuroda was reappointed Friday for another five-year term in a show of confidence in his ultra-easy monetary policy, boosting Tokyo stocks. The reappointment signaled continuity of stimulus measures, a key part of Prime Minister Shinzo Abe’s economic policies.

Benchmark U.S. crude rose 68 cents to $62.22 per barrel in electronic trading on the New York Mercantile Exchange. The contract picked up 38 cents to finish at $61.55 per barrel on Friday. Brent crude, used to price international oils, added 49 cents to $65.33 per barrel in London.