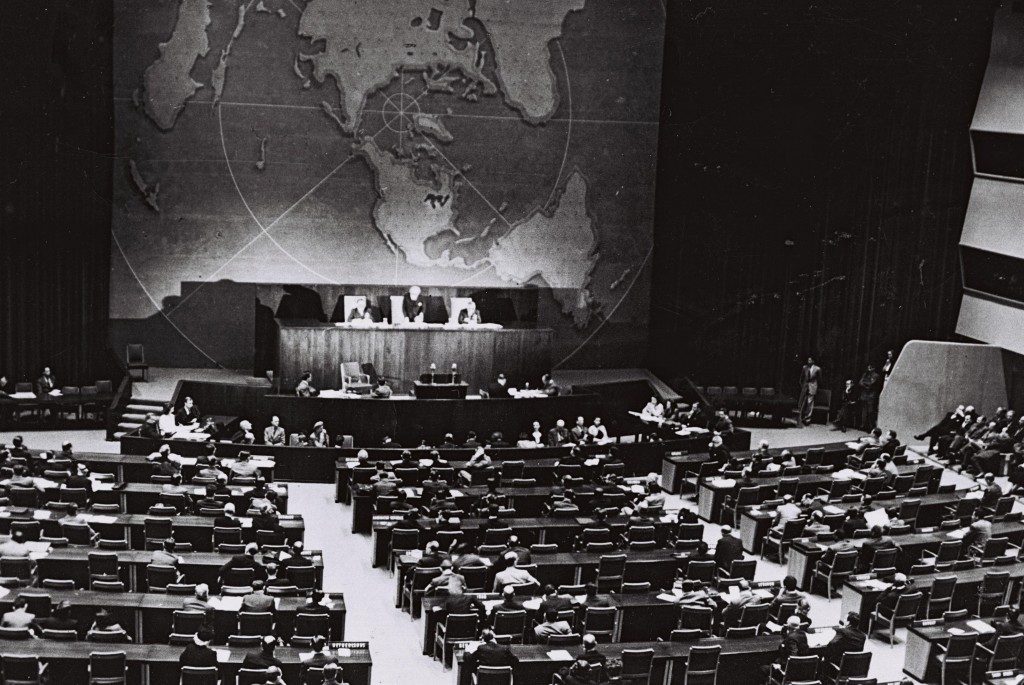 The director of the Queens Museum was a supporter of the boycott-Israel movement and used her views to cancel a prestigious event last year by the Israeli government marking 70 years of the United Nations’ recognition of it as a state, according to a scathing report issued Wednesday by the museum’s board.

The report, prepared by an independent investigation, also accused Laura Raicovich, the president and executive director of the museum, as well as her deputy, David Strauss, of lying to the board after they unilaterally cancelled the event.

Raicovich, the report said, “showed immediate hostility to hosting the event at the museum even before consulting with the board and then, together with Mr. Strauss, sought reasons why the board should not agree to the event.”

Israel’s U.N. office booked the museum months in advance since the city-owned property was the home of the United Nations General Assembly at the time of the historic Nov. 29, 1947, vote recognizing the state of Israel.

But in August, as word of the event became public, Raicovich began expressing concern in the media about feedback she was receiving from “Palestinian friends of the museum.” She ignored phone calls from Israel’s U.N. ambassador for several weeks, before notifying him that she was reversing the decision and would no longer agree to host the event. She cited a board decision not to hold a “political event.”

The event was rapidly reinstated after an outcry by New York City elected officials and the two museum leaders were forced to resign last month. Raicovich said at the time that she “just felt that my vision and that of the board weren’t in enough alignment to get that done.”

But the report, written by Katten Muchin Rosenman, clarified that she had been let go because of the Israel incident, adding that she and Strauss “knowingly misled the board, and otherwise failed to comport themselves with the standards consistent with their positions.”

The event ultimately took place at the museum in November and featured Vice President Mike Pence. He used the venue to make the first official announcement that President Donald Trump was “actively considering” moving the U.S. embassy to Yerushalayim. Trump made the historic move official the following month.

Raicovich was also accused in the report of inappropriately using museum funds to pay for anti-Israel literature. She was the editor of “Assuming Boycott: Resistance, Agency and Cultural Production.” In its description of the book, the publisher states that “Boycott and divestment are essential tools for activists around the globe.” Included in Raicovich’s anthology is an article titled “Boycott, Divestment, Sanctions: Reasons to Support BDS,” which justifies and endorses the movement’s actions against Israel.

“Ms. Raicovich did not disclose her involvement in the book to the board,” the report said, “even though (1) the book prominently identifies her as director of the museum, (2) the foreword she co-wrote states that the goals discussed in the book are ‘complemented by programs, exhibitions and educational initiatives’ at the museum, (3) she paid one of the co-editors for his work on the book with museum funds, (4) she placed the book for sale in the museum’s gift shop.”

Councilman Rory Lancman, a Democrat who represents the district where the museum is located, welcomed the report and said that it reveals a “breathtaking breach” of Raicovich’s responsibility.

“This was an extraordinary abuse of not just Laura Raicovich’s administrative authority, but of her moral authority as well,” Lancman said in a statement. “Her personal support for the anti-Semitic BDS movement and her anti-Israel animus guided her efforts to block the commemoration of Israel’s independence in the very building in which it was realized, and this is a profound intellectual and moral failing.”