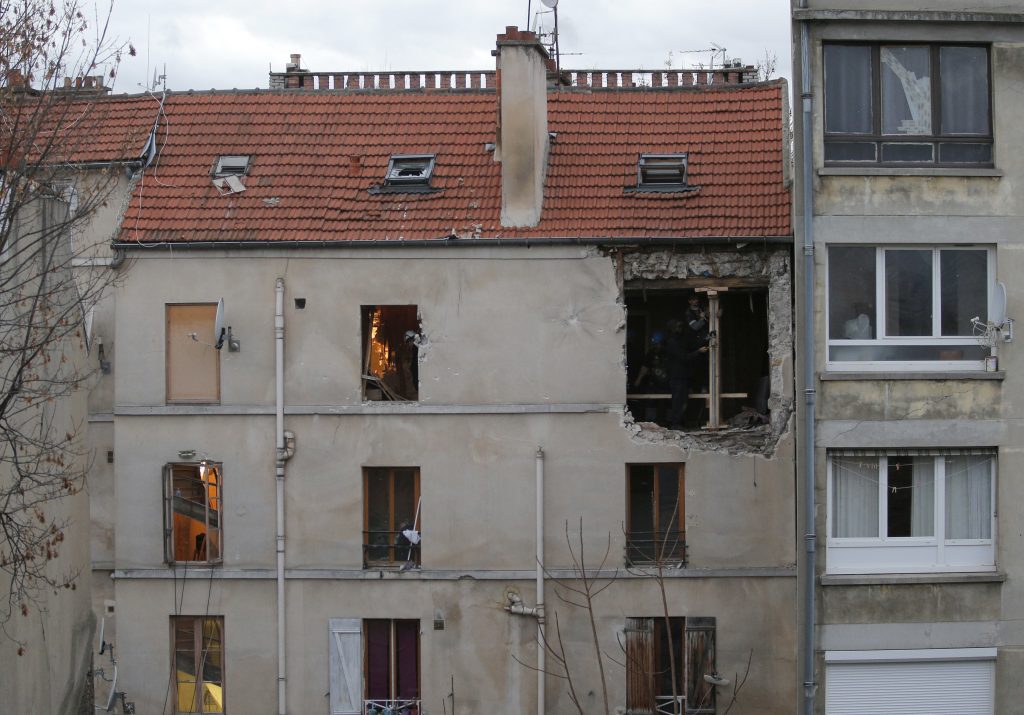 A French court on Wednesday acquitted a man charged with harboring Islamic terrorists after they carried out the 2015 Paris attacks, bringing a surprising end to the first criminal trial linked to the country’s deadliest terrorist violence since World War II.

The presiding judge said the Paris court found Jawad Bendaoud, a 31-year-old street criminal, not guilty of providing lodging to two of the attackers and helping them hide from police when they were the most-wanted criminals in France.

The court also convicted and sentenced two codefendants in the case to prison terms Wednesday.

Addressing Bendaoud at a verdict hearing, Judge Isabelle Prevost-Desprez said the evidence was “insufficient to prove your guilt.”

“It has not been proven that Jawad Bendaoud provided accommodation to two individuals whom he knew to be terrorists,” she said in her ruling.

Bendaoud, standing behind a glass-enclosed dock, raised his fist in victory and blew kisses to the public and his lawyers at the news. He faced up to six years in prison if convicted of harboring terrorists.

Bendaoud denied knowing the identity of the men to whom he rented a small flat in Saint-Denis. One of them was Abdelhamid Abaaoud, the suspected ringleader of the Paris attacks.

Xavier Nogueras, the lawyer for Bendaoud, said he was “extremely moved” that the court found his client innocent.

Of his codefendants, Mohamed Soumah, who was accused of acting as an intermediary with Bendaoud to secure lodging for the two fugitives, received a 5-year prison sentence. Youssef Ait-Boulahcen, who was accused of knowing the extremist’s whereabouts and not informing authorities, was sentenced to three years in prison plus another year that was suspended.

Both had denied the accusations.

The Paris prosecutor’s office announced it was appealing the whole verdict.

Bendaoud has been imprisoned for 27 months pending his trial. A judicial official, speaking on condition of anonymity, told The Associated Press that Bendaoud was expected to be released shortly.

The prosecutor had requested a 4-year prison term for Bendaoud, saying he knew he was giving refuge to criminals.

Surprisingly, Bilal Mokono, a victim who was seriously wounded in the 2015 attack at the national stadium, and Nogueras, the lawyer for Bendaoud, hugged each other after verdict.

“Some victims have been hurt (by the verdict), some victims who were expecting much more, who would have wanted him to be convicted. But he would have been wrongly convicted,” Mokono told reporters.

About 500 victims of the attacks and their relatives had joined the legal action as civil parties, or applied to be registered as plaintiffs.

Of the nine men who directly carried out the 2015 Paris attacks, seven died at the scene. The two surviving killers fled and were killed on Nov. 18, 2015, during an hours-long police siege at the Saint-Denis apartment.

During the trial, Bendaoud said he rented the apartment to the two men only to make money. He claimed he thought at the time that all the terrorists had died in the attacks.

Bendaoud also insisted he had nothing to do with terrorists or jihadist ideology because “I love life, … my son and my mother too much.”

Investigators found no extremist files or traces of jihadist sites in computers and phones used by Bendaoud, and nothing showing possible religious “radicalization.”

Bendaoud won immediate fame all over France when he gave a surprising TV interview during the police raid on the apartment. He approached the security perimeter around the besieged building and spoke to journalists to clumsily proclaim his innocence.

“I wasn’t aware they were terrorists,” he told the BFMTV channel. “I was told to put up two people for three days, I helped out.”

A police officer then arrested him live on camera.