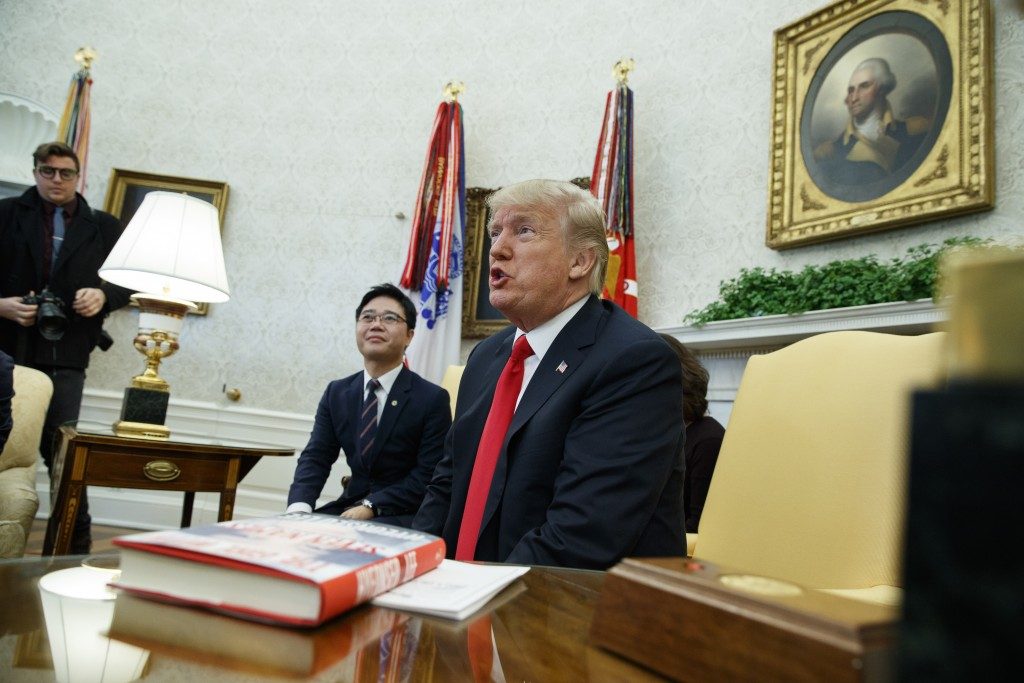 Not Pres. Trump. What have we been taking about for the past week? Russia.

Why? Because within days, Pres. Trump changed the topic when he released a declassified memo prepared by Republicans on the House Intelligence Committee alleging abuses of the FISA process by the FBI. The media and Democrats could not believe their luck. They were more than happy to stop talking about Pres. Trump’s speech and go with wall-to-wall coverage of the memo. Soon Pres. Trump’s powerful address, and the agenda he laid out, were a distant memory — supplanted by a fierce debate over the GOP’s “partisan” attack on the FBI and whether Pres. Trump would fire special counsel Robert S. Mueller III.

What was Pres. Trump thinking? He tweeted that the GOP memo “totally vindicates” him. No, it doesn’t. Even Rep. Trey Gowdy (R-S.C.), the only member of the committee to review the intelligence behind the memo, said that it had nothing to do with the Russia probe. The memo demonstrated potential FBI malfeasance in using a dossier funded by Democrats to obtain a Foreign Intelligence Surveillance Act warrant to spy on a marginal former Trump campaign adviser. If true, that is serious. But it’s not proof that there was no collusion.

So why would Pres. Trump release that information right after his State of the Union and thus bring the momentum he had gained to a grinding halt? He should know better. Recall that in 2017, after Pres. Trump delivered his first, also highly praised, address to Congress, the subject changed to Russia within 24 hours when The Post reported that Attorney General Jeff Sessions had not disclosed in his confirmation hearing that he met twice with Russia’s ambassador to the United States. It was a well-timed leak designed to step on Pres. Trump’s story.

The attack on Sessions was malicious and not Pres. Trump’s fault. This time, however, Pres. Trump intentionally changed the subject from his speech to Russia. This is a self-inflicted wound.

Then, to add to the PR disaster, Pres. Trump declared at what was supposed to be an event highlighting his tax reform success that Democrats who refused to stand and applaud during his State of the Union were “un-American” and “treasonous.” He was joking, of course, but it was a really bad joke — and gave the media the excuse to gin up the outrage machine over Pres. Trump’s comment. Again, Democrats quietly celebrated. Until that moment, they had been widely criticized for their disrespectful performance on the House floor, which had alienated millions of Americans watching the president. Even my liberal Post colleague Dana Milbank called the Democrats’ behavior “embarrassing.” Now, with a single misbegotten turn of phrase, Pres. Trump had turned them from petulant protesters into principled defenders of the First Amendment.

These mistakes were tragic, because Pres. Trump’s address seemed to reach and win the approval of many Americans who like his first year’s accomplishments but don’t approve of him, including millions of independents and Democrats. With his speech, he got them to give him a second look. In the days that followed, he needed to stay on message and keep winning them over with smart speeches putting detail onto the policies he laid out in his State of the Union. He could have hit the hustings to talk about his very generous immigration plan to give 1.8 million “dreamers” a path to citizenship and challenge reluctant Democrats to come to the table. He could have given speeches about his proposals for education, tackling the opioid crisis, and “right to try” legislation he endorsed to give dying Americans a chance to save their lives using experimental treatments. He could have won over independents, and even some Democrats, and expanded his base of support. Instead, he changed the topic to Russia and made a cringe-inducing joke about “treason,” and millions thought to themselves: There he goes again.