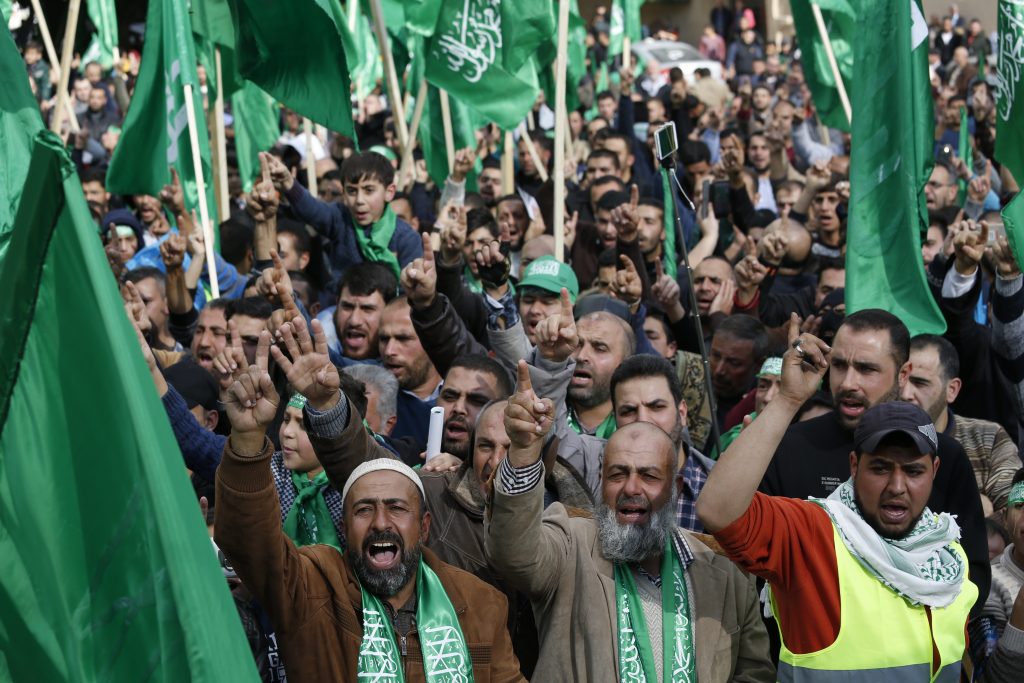 An investigation by the Shin Bet, Israel Police and the IDF has uncovered extensive activity by Hamas in Turkey – with elements in that country’s government either ignoring, or in some cases, abetting, the terror organization’s attempt to organize terror attacks against Israel from that country, as well as engaging in money-laundering activities and smuggling money and weapons to Hamas terrorists in Yehudah and Shomron.

Arrested in recent weeks, the agencies said, were two principal individuals who were involved in the Hamas organization – Kamil Takli, a senior lecturer on legal issues from Turkey, and Dar’am Jabbarin, an Israeli Arab from Umm el-Faham. The two were arrested in Israel after numerous trips to and from Turkey, admitting that they had ferried cash to Hamas terrorists from Turkey. They had been recruited in Turkey by Zahar Jabarin, a senior Hamas terrorist who was among those released from an Israeli prison in exchange for Gilad Shalit in 2011. Under questioning, they revealed a tale of assistance and support of Hamas and its terrorist activities organized on Turkish territory, sometimes with the assistance of individuals in the Turkish government.

Much of the smuggling and money-laundering activity was done under the auspices of a Turkish company called SADAT, which was established by Adnan Basha, a senior adviser in the Turkish government. The company was established specifically to send money and weapons to “the army of Palestine,” a terror group in Yehudah and Shomron. One of the company’s workers helped several Hamas terrorists visit an arms show in Turkey in 2015, where the terrorists expressed strong interest in acquiring drones.

Hamas’s point man in Turkey was one Jihad Ya’amour, who was said to be close to several government officials, and who participated in the 1994 kidnapping and murder of IDF soldier Nachshon Wachsman, Hy”d. Ya’amour, too, is a “graduate” of the Shalit deal.

Takli appeared to be the organizer of the effort, as he assisted several of the freed Shalit terrorists to settle in Turkey, the agencies said. The terrorists opened their own business, called IMES, which along with SADAT was involved in money-laundering and smuggling funds to Hamas terrorists in Gaza, Yehudah and Shomron. Dar’am Jabbarin was the chief “mule” who transported the smuggled money into Israel, bringing hundreds of thousands of euros into the country for transfer to Hamas in the year and a half that he was involved in the project. Authorities who raided his house in Umm el-Faham found 91,000 euros that were to be distributed to the terror group, they said.

Besides Takli and Jabbarin, several other Umm el-Faham residents have been arrested in the plot. Takli was deported to Turkey after questioning. Jabbarin is set to be indicted in the coming days, officials said.